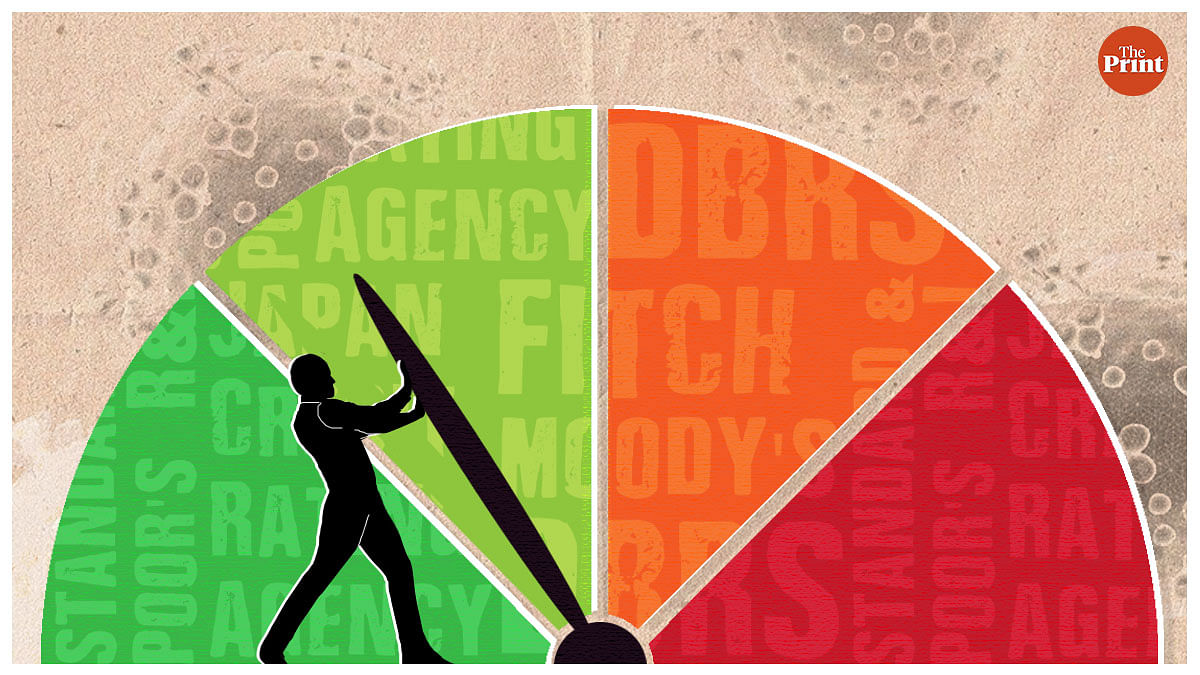 
The methodology of credit rating companies puts a country trying to get out of the Covid-19 pandemic at a standstill.

If a government increases its spending, its debt increases, and therefore the rating goes down. If a government keeps spending under control, demand does not pick up and projected GDP growth declines, increasing the prospects for downside.

As rating agencies pursue this standard approach developed for normal times, even in these unprecedented times, the rating and outlook for emerging economies appears to be worse, whether his government is fiscal conservative or prodigious.

Read also : Why the Modi government has walked a tightrope with a new Covid relief package

What a downgrade could mean for an economy

These estimates feed their sovereign ratings. While S&P maintained a stable outlook on India’s sovereign credit rating, they warned India could face a rating downgrade if the economic recovery is slower or if deficits and debts exceed their forecasts.

Even when governments do not borrow in international financial markets, as in the case of India, the country’s rating matters because foreign institutional investors like pension funds, banks and other portfolio investors have rules regarding a country’s rating for them to invest in stocks and bonds in that country. Downgrading could mean many of them would have to quit.

How grades are assigned

India’s sovereign rating is assigned by global rating agencies such as Moody’s, S&P, Fitch, Japan Credit Rating Agency, DBRS and R&I. Each of these rating agencies has a methodology and a model for assessing the creditworthiness of a sovereign.

Typically, they examine the prospects for economic growth, fiscal and debt dynamics, and the soundness of the external sector, which includes the position of the current and capital account and foreign exchange reserves, to assess the country’s creditworthiness. .

To assess fiscal and debt dynamics, the key variables are the budget deficit and the change in the public debt-to-GDP ratio.

So whether countries focus on higher growth financed by additional spending or on fiscal discipline, there is a possibility of lower growth forecasts and downgrading of ratings. This challenge becomes even more aggravated during a Black swan event like the Covid-19 pandemic.

Read also : Covid reversed years of gains made by India after 1991 liberalization

Why there seems to be a bias in the assessment

While countries have responded to the Covid crisis with supportive measures through expansionary fiscal policy, the scope of support varies depending on the ability to access low-cost finance.

Many advanced economies have implemented large-scale spending. However, support in emerging economies has been relatively weaker due to their limited ability to borrow and spend.

Rating agencies use the same parameters to assess the creditworthiness of all countries, but some studies have shown that their ratings are biased in favor of advanced economies.

Agencies give higher marks to advanced economies regardless of their macroeconomic fundamentals, show studies. For example, the United States has maintained the best ratings of most agencies despite its debt estimated at around 110% of GDP.

One of the reasons the United States can afford to increase its debt and spending is because the US dollar is the primary reserve currency, giving the country the ability to sell bonds that are in high demand around the world. at low interest rates.

As such, even if the agencies plan to downgrade the United States, their rating does not matter. Previous episodes rating downgrades show that in such a case, investors are avoiding riskier assets and flocking to US government bonds due to the institutional strength and liquidity of the US Treasury bond bond markets.

Investors are confident that central banks in advanced economies will be able to cope with the potential implications of a downgrade.

Questions to ponder in India

Credit scores are more important for countries without a hard currency, such as India.

Since last year, the Narendra Modi government has launched a number of support measures to mitigate the disruptive impact of the pandemic. The structure of most of the relief packages was made with a eye on the public deficit. But a collapse in income resulted in a heavy borrowing schedule for central and state governments.

The agencies have raised concerns about India’s rising debt and deficit levels.

It’s worth asking yourself: how much debt is too much? Is there an ideal debt-to-GDP ratio? Given that countries are at different stages of economic development, can countries be compared to a median number? Should metrics, which may be applicable in normal times, be applied to assess creditworthiness in unpredictable times?

Rating agencies lowered their growth forecasts for India, citing a slower recovery after the second wave. It looks like the agencies will frown on anything the government does.

Ila Patnaik is an economist and professor at the National Institute of Finance and Public Policy.

Radhika Pandey is a consultant at NIPFP.

But the news media are in a crisis of their own. There have been brutal layoffs and pay cuts. The best of journalism is shrinking, giving in to crass spectacle in prime time.

ThePrint employs the best young reporters, columnists and editors. Supporting journalism of this quality requires smart, thoughtful people like you to pay the price. Whether you live in India or abroad, you can do it here.