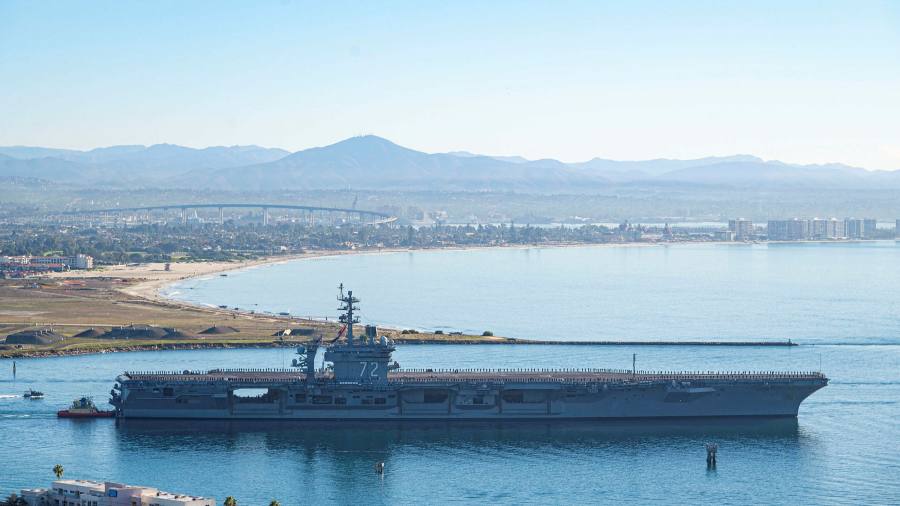 The debt that pleasure owes to power

Down the coast from the pre-roll spliffs and 10 a.m. departures from a columnist in Los Angeles is the US Navy’s Pacific Fleet. As for the type of armor that flies rather than floats, Joan Didion liked to remind this part of the world how much of its economic development relied on aerospace entrepreneurs. California, whose name even sounds synonymous with “pleasure”, has a blood and iron side.

If the sweetness of life coexists here with brute force, the lesson is not lost on places much more exposed to events. When I return to Europe this summer, it will be on a continent that is racing, not just at the edges, towards the same balance.

Last week, at the instigation of German Chancellor Olaf Scholz, a charade came to an end. It had been going on for a human lifetime. Having evolved beyond the use of force, Europe has sometimes acted as if the outside world has followed suit, or will catch up any day now. What began as a “culture of restraint” in post-war West Germany grew into a broader continental faith in aid and diplomacy, not only necessary in world affairs, but almost sufficient. Judging by Berlin’s plan for an ever-growing army, and its €100 billion down payment to that end, a certain idea of ​​Europe is gone.

Undoubtedly, the continent’s trope as a passive “Venus” may be taken too far. The armies of Britain, France, Poland and Norway all commanded respect in Washington during my more than three years there. The same was true of what is called, in the dry idiom of this city, their “strategic culture.” Germany itself has overcome psychic burdens that hardly need to be spelled out to intervene in the Balkans and beyond.

It’s just that there’s no getting around the numbers. Australia, with less than half the population and every geographical reason to shirk, has about the same defense budget as Italy. Nor should we forget Europe’s dependence on American goods and logistics, which was as visible in Kabul in 2021 as it was in Kosovo in 1999. The end of this type of dereliction has of course already been promised. But never with the clarity of last week. And never with a neutral Sweden making its own gestures in the same vein.

It is a political moment, but no less revealing as a cultural moment. It’s a reminder that the lifestyle I bang on the drum for in this column — and which finds its highest expression in Europe, where you can visit another country for lunch — rests on its opposite. It relies on men and women in uniform and the support of coercive force. Shifting much of that burden to the United States doesn’t make it any less true. The EU’s soft power is as impressive as claimed (see Ukraine’s and Georgia’s long-term membership offers), but it rests on a foundation of steel.

The way of life I bang the drum for in this column relies on men and women in uniform and the support of coercive force.

The quality of life of Europeans does not only depend on direct physical security. There is also an implicit subsidy to labour. Paid holidays, clean cities, high social minima: Europe finances these things, in part, with the money it saves on defence. It is quite possible to have guns and butter, of course. France associates a serious army with a serious welfare state. But it does so with a heavy tax burden. If the continent is to equip itself and remain a “lifestyle superpower”, it will have to face compromises that it has avoided since the end of the cold war.

In its blend of Tuscany and Prussia, California is nothing out of the ordinary. There is no innate contradiction between the pleasure principle and hard power. One is dependent and even parasitic on the other. The question is who has the moral authority to tell a continent that has resisted this truth. Fifty years before Scholz spoke, almost to the day in fact, a Republican president visited a Chinese communist and changed the world. Perhaps, as they say, “only” Nixon could have gotten away with this. Perhaps only a German social democrat could have pulled Europe out of its dream.

Health Check: How Carefully Does SkyWest (NASDAQ:SKYW) Use Debt?

Why would anyone want to get out of debt?