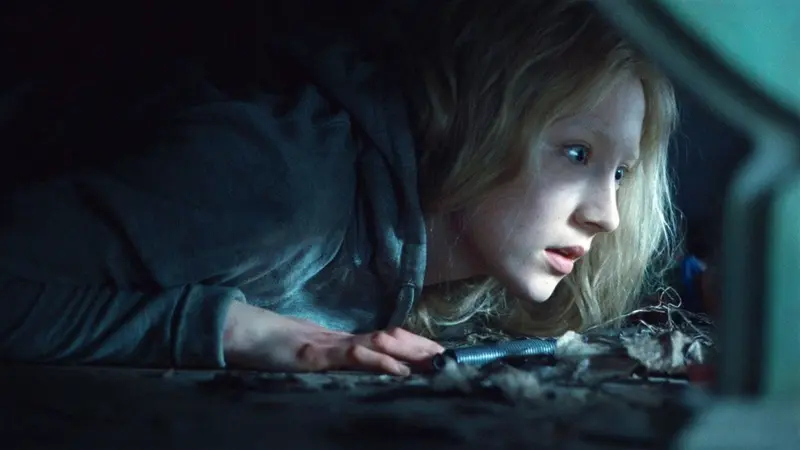 Hanna
Thriller with Cate Blanchett, Eric Bana and Saoirse Ronan. A girl trained by her father to be a fighter comes out of the isolation of the forest on a risky mission.
(SKY CINEMA UNO HD at 9:15 p.m. / channel 301)

In the center of the viewfinder
Three Oscar nominations for action starring Clint Eastwood and John Malkovich. An agent of the American president’s escort lives in remorse for Kennedy’s death: he can now redeem himself.
(SKY CINEMA DUE HD at 9:15 p.m. / channel 302)

welcome to the south
Comedy blockbuster with Claudio Bisio and Alessandro Siani, remake of ‘Giu’ al Nord ‘. Transferred to Cilento as a punishment, a Milan employee will be kidnapped by the vitality of the place.
(SKY CINEMA COLLECTION HD 9:15 p.m. / channel 303)

Rufus and the secret door
Adventure in a fantastic key for a multimedia film. At their grandmother’s house, Scott and his friend Emily find Rufus, a hairy creature who asks for their help in saving his kingdom.
(SKY CINEMA FAMILY HD at 9:00 p.m. / channel 304)

The Debt Collector – The Return
Scott Adkins and Louis Mandylor in the Underworld action sequel. The two debt collectors French and Sue come in the sights of a drug lord who wants to kill them for revenge.
(SKY CINEMA ACTION HD at 9:00 p.m. / channel 305)

Behind the night
Stefania Rocca and Fortunato Cerlino in a thriller by Daniele Falleri. A mother and daughter lock themselves in a closet as a thief breaks into the house to steal diamonds.
(SKY CINEMA SUSPENCE HD at 9:00 p.m. / channel 306)

(500) days together
An original romantic comedy starring Joseph Gordon-Levitt and Zooey Deschanel. A shy, dreamy boy remembers his love affair with a girl, from falling in love to breaking up.
(SKY CINEMA ROMANCE HD at 9:00 p.m. / channel 307)

Unending
Scott Speer’s paranormal teen film. The union of lovers Riley and Chris is broken by a car accident. Remained alive, Riley is convinced that Chris is contacting her from the beyond.
(SKY CINEMA UNO +24 HD at 9:15 p.m. / channel 310)

The Mask – From zero to myth
Stanley Ipkiss, Jim Carrey, is a bank clerk who doesn’t seem to be doing well, so much so that he is surprised when an attractive blonde, Tina Carlyle, Cameron Diaz, approaches him to ask him to ‘opening an account. Bank. Tina is the wife of a gangster there just to organize a heist. Invited by a colleague to go out in the evening, Stanley finds himself stranded on a bridge because his car breaks down. In the river, he finds an ancient mask which, when put on, turns it into a real cartoon with a green face, huge teeth, and infinite superpowers.
(PREMIUM CINEMA 1 HD at 9:15 p.m. / channel 313, SKY TNT channel 463)

Deadly weapon
A police couple who share a history of the Vietnam War are involved in a suspected suicide case.
(PREMIUM CINEMA 1 +24 HD at 9:15 p.m. / channel 314)

Fraud
Magnate Robert Miller, on the eve of his 60th birthday, looks like the portrait of success in both professional and family life. But behind the golden facade, Miller desperately tries to sell his financial empire to a big bank, before his years of fraud are exposed.
(PREMIUM CINEMA 2 HD at 9:15 p.m. / channel 315, SKY TNT channel 464)

The cyclone
Levante (Leonardo Pieraccioni) is an accountant who finds it difficult to approach the female sex. With Levante, in a large farm in the hills, live his father Osvaldo, his sister Selvaggia (Barbara Enrichi), secretly engaged to the pharmacist Isabella and his brother Libero (Massimo Ceccherini), who spends his days wondering about the existence of God, a Spanish dance troupe will completely change the family routine. Music, joy and chaos invade the little family who, between a flamenco hit and a few stolen kisses, experience intense moments of healthy madness. To conquer the heart of Levante, the beautiful Caterina (Lorena Forteza), who is however already engaged to another man.
(PREMIUM CINEMA 3 HD at 9:15 p.m. / channel 316, SKY TNT channel 465)