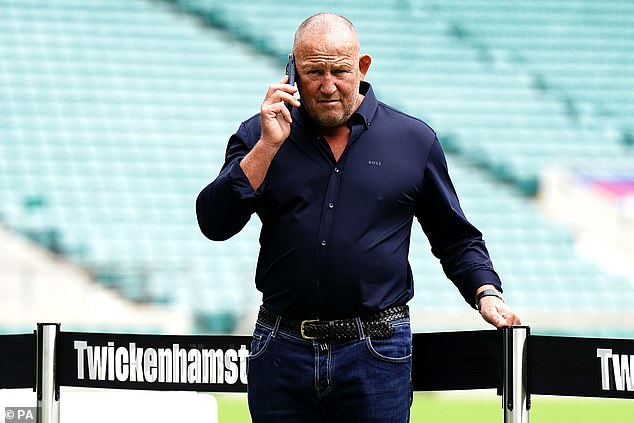 By Nik Simon for the Daily Mail

Worcester Warriors boss Steve Diamond said on Saturday “all systems are ready” for the new season after the cash-strapped club finally paid its players.

Worcester are on the brink of collapse with debts of £25million and fears of a players’ strike ahead of Saturday’s opener against London Irish.

But the club’s future is now secure for at least a month after overdue wages began to filter through on Saturday.

Diamond says The Sunday Mail: ‘The players have been paid and the staff have been paid. The people behind the scenes managed to do this, which is a relief, and now we have to focus on our daily work. It’s all systems go for the predictable.

“To be fair, there was only one player who wanted to leave. I’m going to have a chat with that player and hopefully we can get him back enthusiastically.

Co-owners Colin Goldring and Jason Whittingham want to find a buyer within the next month. Three potential investors have expressed interest in a takeover.

In the meantime, Diamond has urged supporters to buy tickets for upcoming home games at Sixways to help boost the club’s accounts.

“The communication I’ve had from the owners is that they have very interested people behind the scenes,” Diamond said. “Now they have some time to go into detail after spending all week fundraising.

“Running a business is all about cash flow and we have two home games coming up – Exeter and Newcastle – and it’s important that we put up a good display and fill the stadium.

“Hopefully the fans will come down. Maybe some of those who walked away. There’s been a huge surge of interest in the area.

IMF bailout promises much-needed relief, but for Sri Lanka and its people there will be more pain