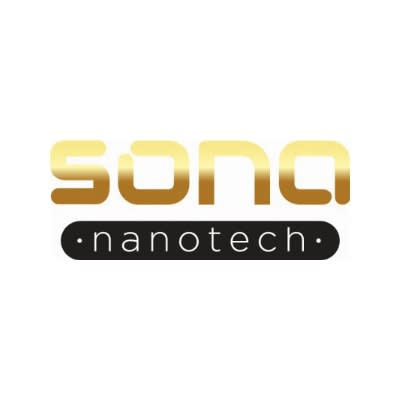 This press release constitutes a “designated press release” for the purposes of the Company’s prospectus supplement dated April 9, 2021 to its short form base prospectus dated March 31, 2021

Halifax, Nova Scotia – (Newsfile Corp. – January 5, 2022) – Sona Nanotech Inc. (CSE: SONA), (OTCQB: SNANF) (the “Company” or “Sona”) is pleased to announce the appointment of Mr. Neil Fraser and Dr. Walter Strapps, Ph.D., on the Board of Directors of the Company.

Mr. Fraser is President of Medtronic Canada, a subsidiary of the world leader in healthcare technologies. He is a member of the Industry Advisory Board of the School of Biomedical Engineering at the University of British Columbia and a member of the CD Howe Institute’s Health Policy Council, as well as a past President of Medtech Canada and was a member of Health Canada’s Advisory Group on Health Innovation chaired by Dr. David Naylor. He holds an MBA from the University of Western Ontario and a BASc. in Chemical Engineering from UBC.

Dr. Strapps was until recently Scientific Director of Gemini Therapeutics, a NASDAQ-listed biotechnology company. Prior to this role, Dr. Strapps led Discovery at Intellia Therapeutics, the first CRISPR-Cas9 company to demonstrate gene editing in vivo. Dr Strapps worked in the area of ​​RNA therapy using chemically modified nucleotides at Merck & Co., Inc. He holds a PhD, M.Phil. and a master’s degree from Columbia University and a bachelor’s degree in biology from McGill University.

Mr. Fraser and Dr. Strapps replace Mr. Dan Whittaker and Mr. Robert McKay, both of whom have long served on the Company’s Board of Directors, the former having served as Chairman. “On behalf of the company and the board, I would like to thank Dan and Rob for their guidance and support during a transition period for Sona, and also welcome Neil and Walter to the team,” a said David Regan, CEO of Sona.

The Company also arranged a debt settlement of $ 1,452,724 in amounts owed to Numus Financial Inc. (“Numus“). These amounts include accounts payable to Numus of $ 813,895 under its service agreement with the Company dated October 31, 2018 (the”Service agreement“) for rent, and advisory, monitoring and administrative services provided to Sona, and a loan payable (with accrued charges and interest) of $ 638,829 (the”DebtsAs part of an agreement that includes changes to the service agreement to reduce service charges and provide more flexibility to Sona, Numus will write off $ 302,400 and the remaining debts of $ 1,150,324 will be settled in full by issuing to these creditors an aggregate amount of 2,556,276 common shares at a deemed price of $ 0.45 per share. All such shares will be subject to resale restrictions prohibiting resale for a period of 4 months and one day from their date of issue.

Due to the service agreement and the sharing of a common administrator with Sona, Numus may be considered a related party of Sona for the purposes of Multilateral Instrument 61-101. Protection of holders of minority securities in special transactions (“MI 61-101Therefore, the debt settlement with Numus has been approved by the independent directors of the Company, and the settlement is exempt from the minority approval and formal valuation requirements of MI 61-101 as the total amount involved is less than 25% of the market capitalization, as determined in accordance with this instrument.

Sona expects the settlement of the Debt and Services Agreement Amendment to positively affect its financial statements and give Sona greater operational flexibility.

The Company has granted 125,000 incentive stock options to each of Mr. Fraser and Dr. Strapps under the Company’s Stock Option Plan (the “Option Plan”) . Each option is exercisable in one common share at a price of $ 0.45 per share and will vest at a rate of 25% every six months. The options will expire five years after the grant date. All other terms and conditions of the options are in accordance with the terms of the Company’s stock option plan.

ON BEHALF OF THE BOARD OF DIRECTORS

Sona Nanotech is a life science nanotechnology company that has developed several proprietary methods for manufacturing various types of gold nanoparticles. The main activity performed and intended to be continued by Sona is the development and application of its proprietary technologies for use in multiplex diagnostic test platforms which will improve performance over existing tests in the market. Sona Nanotech’s gold nano rod particles are CTAB (cetyltrimethylammonium) free, which eliminates the risks of toxicity associated with the use of other gold nano rod technologies in medical applications. It is anticipated that Sona’s gold nanotechnologies can be adapted for use in applications, as a safe and effective delivery system for multiple medical treatments, subject to the approval of various regulatory bodies, including Health Canada. and the FDA.

To view the source version of this press release, please visit https://www.newsfilecorp.com/release/109123

Triunfo Participações e Investimentos (BVMF: TPIS3) has debt but no profit; Should…