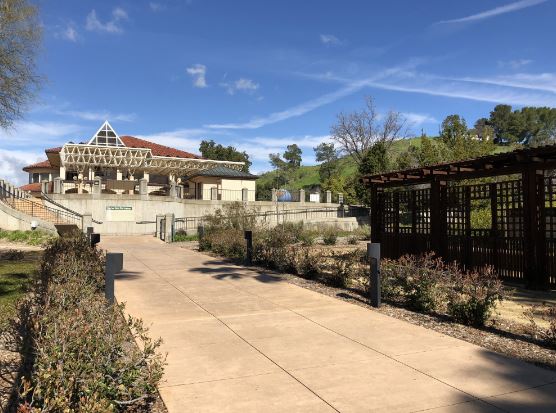 The Santa Clarita Valley Water Agency board of directors voted by 7-5 Tuesday to return to face-to-face meetings on September 7.

The September date is later than the August 3 date recommended by Board Chairman Gary Martin in a report presented to directors at Tuesday’s virtual meeting.

“What I did two weeks ago is not something I would necessarily do today, as the guidelines have changed (and) new information has emerged,” said director Beth Braunstein, noting the public health recommendation to wear masks indoors regardless of vaccination status.

Braunstein argued for flexibility in the agency’s approach, which will be discussed on August 3, when agency staff present options to “implement a hybrid program that would allow a some remote participation of members of the public ”when the board of directors returns. in-person meetings.

“We have to be flexible in everything we do,” she said. “I hope that shows in our planning and in the way we do things.”

Director Bill Cooper said he did not understand the rationale of the majority of the board for choosing September 7 instead of August 3 to return to face-to-face meetings.

“We have to be prepared to hold our meetings the way we are supposed to,” Cooper said, citing recent public events attended by directors, including the State of the State event at the Hyatt Valencia.

The board of directors decided to allow themselves to authorize up to $ 40 million of debt issuance to meet the investment costs of PFAS with a simple majority vote.

“When the merger took place, we were not dealing with PFAS and we had no plans to do business with PFAS,” Daniel Mortensen, vice chairman of the board, said at the meeting. “The retail debt limitation was not done with the idea that we would be dealing with PFAS.”

The option to authorize up to $ 40 million in debt issuance was a secondary recommendation that received a dissenting vote from Director Ed Colley.

The board of directors initially failed to secure a four-fifths majority to adopt the main recommendation of the board’s finance and administration committee which would not have imposed any restriction on the amount. of debt issuance after lifting the $ 11 million funding cap and the fourth fifth vote requirement for retail debt.

“Because (PFAS) was an unknown which was kind of abandoned to us, it was appropriate that only PFAS work readjusted this limit to allow for a more economical funding option than repeatedly asking for $ 11 million in funding. dollars, ”Mortensen said.

A staff report on Tuesday’s agenda item noted that the investment costs of PFAS amount to $ 47.8 million in SCV Water’s five-year investment plan.

“We should discuss how to do lower cost financing which may involve other sources of funds than bond financing,” Martin added to the board discussion before voting in favor of the alternative financing plan.

According to the United States Food and Drug Administration, PFAS are man-made chemicals found in a wide range of products used by consumers and industries, such as rugs, kitchenware. non-stick and paper food packaging. SCV Water has undertaken efforts, including the first of several new treatment facilities that began operating late last year, to remove PFAS from local groundwater to make it usable.

The board approved the purchase of a $ 275,000 generator for back-up power at the Earl Schmidt Filtration Plant during Public Safety Power Outages (PSPS) and similar blackouts.

The purchase uses a grant of $ 249,854 that SCV Water received from the California Office of Emergency Services as part of its Community Power Resiliency program in March and $ 25,000 from the agency’s budget.

The report found that a new generator would allow the plant to run at full capacity during blackouts.

The engineering work, including design, permits and construction, related to preparing the plant for the generator will cost the agency $ 490,000, according to Mike Alvord, director of operations and maintenance for the agency. This project is expected to be completed by the end of 2021.