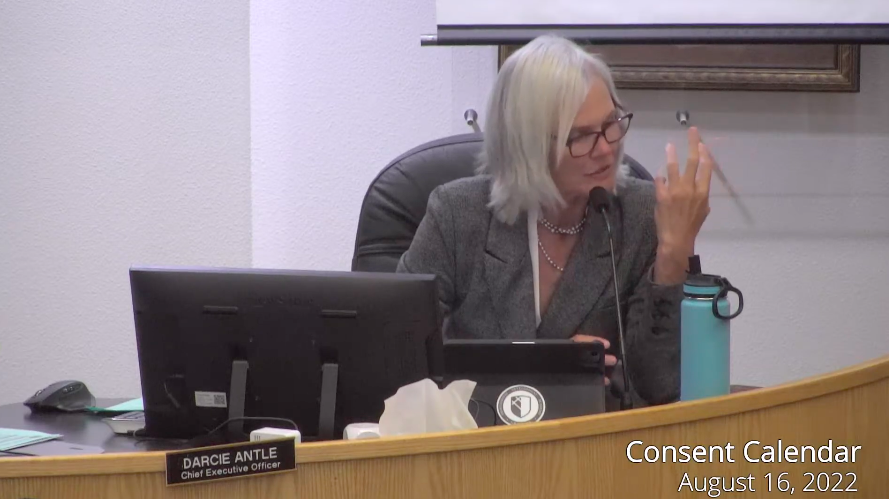 UKIAH 08/09/22 – Mendocino County Chief Executive Darcie Antle has been appointed chairman of the county’s Public Facilities Corporation, the organization that facilitates funding for capital projects in the county.

Antle was named chairman at a special meeting of the supervisory board on Tuesday morning. Supervisors voted unanimously to change the company’s articles of association, which originally named the chairman of the supervisory board as chairman. Antle was also appointed secretary of the Public Facilities Corporation, and Chamise Cubbison, the county auditor-comptroller/treasurer-collector of taxes, was appointed treasurer of the corporation.

“There is an opportunity while interest rates are low to refinance some of the county’s debt, which is primarily related to underfunded pensions,” Chairman Ted Williams said in an interview with The Voice. “And to do that, we need someone as an executive sign.”

As president of the company, Antle will oversee the refinancing of county municipal bonds used to fund several capital projects. That includes the county jail expansion project, slated for about $18.1 million in bonds, which the board of supervisors also approved at its special meeting on Tuesday.

In the Public Facilities Corporation’s bylaws that the board approved on Tuesday, Antle is named both president and secretary. However, the statutes stipulate that “neither the secretary nor the treasurer can simultaneously exercise the function of president”.

Antle was appointed only as chairman, not as secretary, Williams told The Voice. Neither he nor Antle responded to questions about the discrepancy at press time.

Would Orexo (STO:ORX) be better off with less debt?