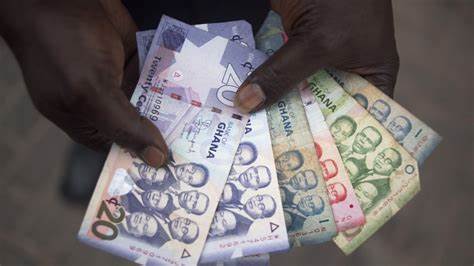 Is it fair that the police arrest my brother for debt?

Dear Mirror Lawyer, My brother was recently arrested by the police and detained.

When I went to the police station, the officer in charge of the case informed me that my brother owes his business partner by the name of Alhaji Suleiman an amount of 10,000 GH¢ granted to my brother in the form of a loan to cushion his business.

According to the police, who I’m sure were bribed by Alhaji, my brother had refused to pay his money to Alhaji, hence the arrest.

My brother, in his defense, said the money, along with his trading capital, was deposited in his bank account held at the old UT Bank and he had since tried his best to recover, but to no avail.

Alhaji has been a long time friend of the family since the 80’s when we all lived in Fante New Town. I was shocked and completely disgusted that Alhaji could bring about the arrest of my brother who is like a son to him. Lawyer, is that how you treat a son?

The police haven’t done anything about it since the arrest and have kept my brother in cells for more than five days now without bringing him to justice. They claim that Alhaji wants my brother to be punished. We were allowed to bring him food, but that was the only help offered by the police in this case.

Are the police right to detain my brother for so long?

Dear Patrick,
I understand that these are difficult times for your family and I sympathize with you.

The Police Service, as provided for in Section 190 of the 1992 Constitution, was established as a service for the prevention and detection of offences, the apprehension of offenders and the maintenance of public order and safety of people and property.

Despite so many challenges, the Police Service is doing a great job and deserves praise.

However, it is not for the police to arrest someone for loan default simply because it is not a crime under our laws. The police do not have the mandate, in our laws, to be a collection agent.

Therefore, it was against the law for the police to arrest your brother in a situation as you described it.

As you stated above, the police held your brother for up to five days and did not bring him to court for a hearing. Our Constitution clearly states that a person who is arrested, restrained or detained for the purpose of bringing them before a court pursuant to a court order or on the basis of reasonable suspicion of having committed or being on about to commit a criminal offense under the laws of Ghana and who is not released must be brought before a court within 48 hours of arrest, restraint or detention.

It is for this reason that the Supreme Court ruled in Martin Kpebu v. Attorney General (December 18, 2019) that certain courts must sit on weekends and holidays and even during strikes to protect the freedom of individuals.

The police cannot detain a person for more than 48 hours without bringing them before a court, regardless of whether they observe public holidays or weekends that have passed after the person was arrested, restricted or detained.

Furthermore, the Supreme Court also held in Cofie v Hermans (1997) that the police are not debt collectors and therefore do not have the power to arrest a debtor on a claim by a creditor in a civil case and keep that person in custody until the debt. is paid.

Their assertion that Alhaji wants your brother to be punished is an error of law and is not supported by any law. The police can even be taken to court for doing this.

Thus, the actions taken thus far by the police are unconstitutional, illegal and constitute a flagrant violation of your brother’s constitutional rights.