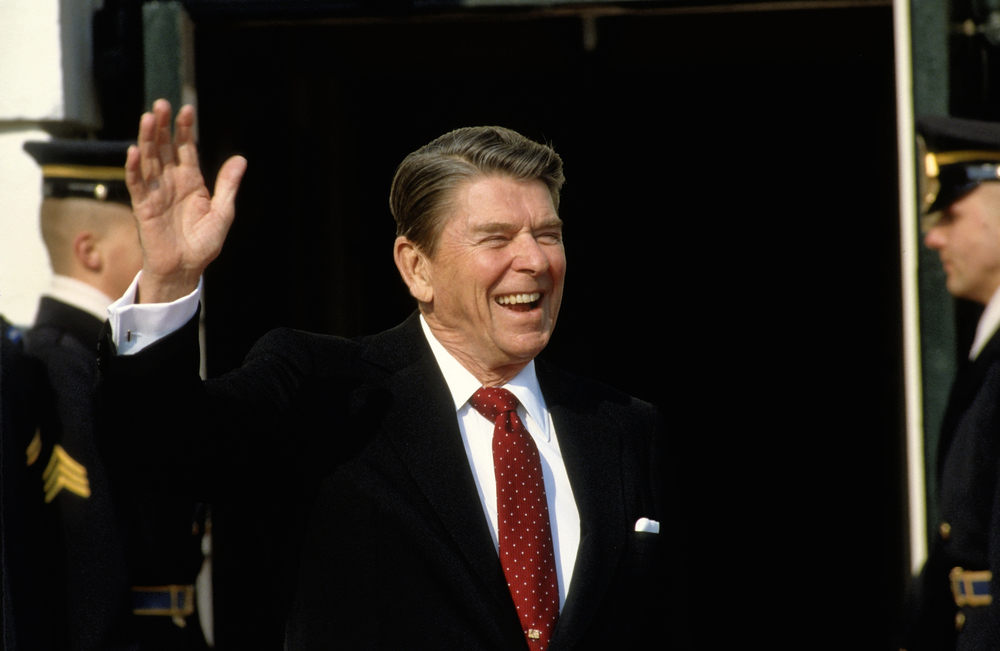 Arguably the most popular and least controversial president of the modern era, “the great communicator”, “the Gipper”, Ronald Reagan, once said that the fundamental political question of his time was “[w]Whether we believe in our ability to govern ourselves or whether we abandon the American Revolution and admit that a small intellectual elite in a distant capital can plan our lives better than we can plan them ourselves.

At the time, political newcomer, Hollywood actor Reagan was campaigning on behalf of conservative illuminator Barry Goldwater, who laid the groundwork for the political movement that Reagan later capitalized on. As he explained in his speech, the future president had recently undergone something of a political transformation, moving away from long-held political leanings due at least in part to the unsustainability of the welfare state.

As he explained in 1964: “No nation in history has ever survived a tax burden that reached one-third of its national income. Today, 37 cents of every dollar earned in this country is the tax collector’s share, and yet our government continues to spend $17 million a day more than the government collects. We have not balanced our budget 28 over the last 34 years. We have increased our debt limit three times in the last twelve months, and now our national debt is one and a half times greater than all the debts of all the nations of the world combined. We have $15 billion in gold in our treasury; we don’t own an ounce. Foreign claims in dollars amounted to 27.3 billion dollars. And we just announced that the 1939 dollar will now buy 45 cents of its total value.

Reagan challenged the idea that a government that tried to “help us,” “provide for us,” or “be our all in all” was merely benevolent. Instead, he argued, he was actually trying to control our lives. Resoundingly, this message resonated with the American people and launched Reagan into political stardom.

In the decades since his now famous 1964 speech, the rising star continued to push to keep the “little intellectual elite” out of our lives and replace their influence with autonomy. His excellent communication skills and clear political convictions made him the first spokesperson for a movement with a renewed interest in returning decision-making power to the little man.

During his 1981 inaugural speechReagan re-emphasized the same sentiment he had shared at the start of his political journey nearly 20 years earlier:

“In this current crisis, the government is not the solution to our problem; the government is the problem. From time to time we have been tempted to believe that society has become too complex to be managed by autonomy, that government by an elite group is superior to government for, by and of the people. Well, if none of us is able to govern ourselves, then who among us has the capacity to govern someone else? All of us together, inside and outside government, must bear the burden. The solutions we seek must be fair, with no group chosen to pay a higher price.

Filled with great wisdom and advice, Reagan’s 1981 inaugural address must be watched by any student of history, especially those of us who led Gipper’s fight to reduce the power of national government to the present day. . We can also learn from the example of his presidency.

Reagan was not a perfect president, of course. Despite his vocal views on government spending, the debt has increased greatly during his presidency (thanks, in part, to his increased military spending). Nevertheless, the 40th president reduce taxescut social spending, eliminated undue government programs, reduced inflation and unemployment, and led the nation through a season of general prosperity.

In 1984, he was re-elected by an unprecedented vote landslidegarnering 525 of 538 electoral votes. Its overall success proved (1) that limited government policy actually worked and (2) that it was deeply popular with ordinary Americans of both political parties.

Now, just decades after his remarkable presidency, his genuinely conservative principles, sorely lacking on both sides of the aisle today, are refreshing and in desperate need of a revival.

For those of us who are part of the States Convention Article V movement, his wise words remind us of exactly what we are aiming for in our efforts to limit the size and scope of the federal government.

Ronald Reagan was a firm believer in self-government. He believed in the ability of the American people, under God, to reclaim freedom, provided they did not depend on the government to give it to them. Additionally, he believed that states should use Article V as a solution to stop an out-of-control federal leviathan.

“Fortunately, the founders of our nation gave us the means to amend the Constitution through the action of the state legislatures,” he said. wrote. “If we don’t act quickly, the folks in the White House and those running Congress will bankrupt America.”

On another occasion, he observed that “the Convention is a safety valve give the people a chance to act if Congress refuses to do so.

Working in the federal government, Ronald Reagan had an incalculable impact on the nation, but his longevity was limited. A few years after he left, the swamp had already come back strong and the lessons he taught us were quickly forgotten.

Fortunately, however, we still have Article V.

As we seek to convene the first State Convention in history and complete the work begun by the Great Communicator, may the wisdom of Reagan guide us, reminding us that government was designed to “work with us, not on us ; stand by our side, not ride on our backs.

To join Reagan in favor of this constitutional solution, sign the petition below!