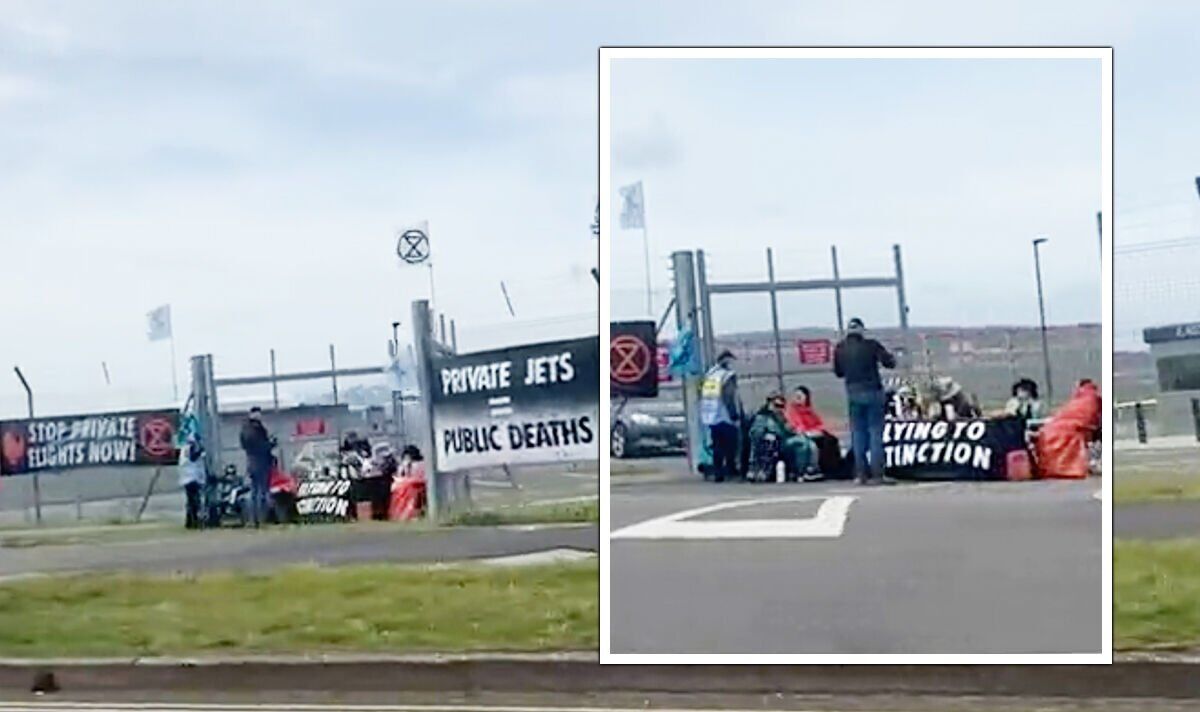 Today’s protest is not the first time protesters have blocked entrances to Farnborough Airport.

Activists also took to the airport yesterday, May 21, to demand an end to private flights and tax-free fuel for the wealthy.

Protesters have blocked a number of entrances to the site, which they describe as “a top notch private jet facility”.

The protest comes as politicians and business people around the world are expected to fly on private jets to the World Economic Forum meeting in Davos, Switzerland, where they will discuss climate change.

Danielle McHallam, a protester in Farnborough, spoke about her decision to protest and described the injustice she sees, particularly in the current cost of living crisis.

She said: ‘I can’t continue to sit and watch the rich and powerful benefit from untaxed aviation fuel while low income people struggle to pay their energy bills or make the full of their cars.

“57% of the cost of filling a car is paid in fuel tax while aviation fuel is not taxed at all.”

The 33-year-old added: ‘The continued overuse of private jets only underpins the breaking of the social contract in today’s society where ‘the elite’ can continue to operate’ as usual. “regardless of the environmental or social harm they cause.”

Dr. J. Peter Pham, who filmed the protest and planned to catch a flight from the airport, wrote on Twitter: “Climate protesters opposed to private aviation blocked several entrances to the airport this morning #UK from #Farnborough, forcing myself and other passengers to burn additional #fossil fuels and emit more #carbon by walking around the perimeter looking for a way to get past them to our flights.