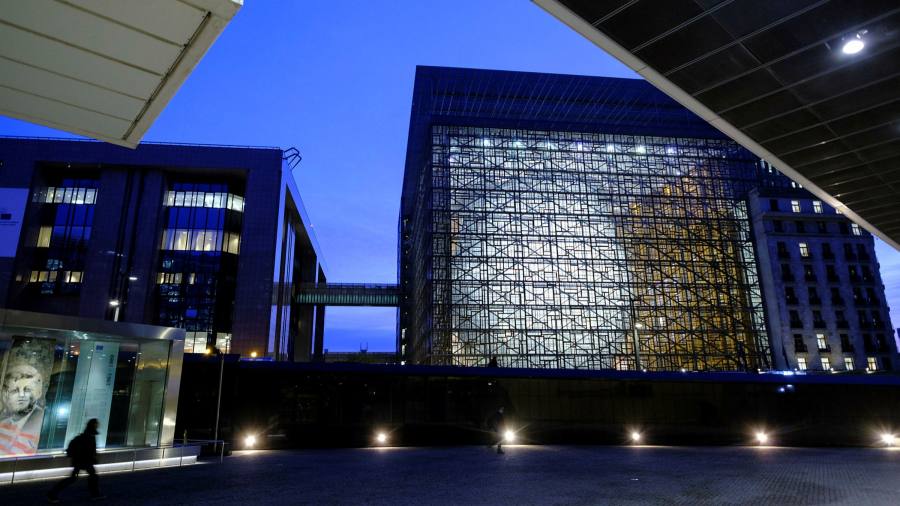 In Freudian psychoanalysis, neurotic behavior is the manifestation of repressed feelings. In the EU’s obsession with codified rules, it is politics that is repressed. This is why the newly revived debate on the bloc’s fiscal rules is going to be difficult.

The current tax framework does not satisfy anyone. The deficit countries find its discipline too restrictive to promote economic growth that would improve public finances. Surplus countries see high debt among their struggling neighbors and conclude that it has not been burdensome enough. The rules are too complex to be communicated to voters, which undermines their democratic acceptability.

The least negative thing anyone has had to say – especially Germany’s Finance Minister and possibly the next Chancellor Olaf Scholz – is that the rules haven’t stopped governments from saving their economies from disaster during Covid lockdowns . This could be a dictionary definition of damn with slight praise.

Significant changes are therefore long overdue, but few of them have much hope for a consensus on what form they should take. Hence the temptation to tinker around the edges. The problem, however, is that economic circumstances have changed in at least two significant ways.

First, the (correct) response to the pandemic has caused public debt-to-gross domestic product ratios to jump. Second, the EU’s priorities require a drastic increase in investment in order to move to economies that have net zero carbon emissions, are fully digitized and restore a broad opportunity for prosperity.

The current framework does not reflect these changes. Under current rules, governments with a debt-to-GDP ratio above 60% are expected to reduce the surplus by one-twentieth per year. This speed of consolidation is a recipe for a heavy brake on growth, which would very likely defeat its own objective.

The scale of the additional public investment needed is incompatible with the prohibition of excessive deficits, unless they are funded by sharp spending cuts or tax hikes elsewhere. These, too, would hurt growth and erode political support for the green and digital transition.

In the absence of reform, we will therefore not return to a situation where the rules are at least somewhat restrictive. The most indebted countries will not reduce their debt at the prescribed rate. Governments will borrow to invest so as not to fall behind in the economic transition, to hell with deficit limits. Fiscal rules will become a point of balance in the political calculation.

Such observations are widely common. As a result, a number of good technical proposals have been made, including by institutions whose concern for the sustainability of public finances is unassailable.

The European Fiscal Council recommends country-specific trajectories for debt reduction, taking into account the difficult starting points of some countries. Klaus Regling, director general of the European Stability Mechanism, believes that the 60% ceiling on the ratio of public debt to GDP “is no longer relevant” and should be raised. The Bruegel think-tank proposes a â€œgreen golden ruleâ€ by which public investment spending could be exempted from budgetary constraints.

These would all be useful reforms. But their adoption does not depend on their usefulness. The major challenge of EU fiscal rules is that they substitute technical solutions for political solutions.

In a multinational bloc with several levels of sovereignty, it is tempting to try to eliminate politics completely. But it is also futile. Like Freud’s repressed emotions, repressed politics does not go away, but causes dysfunction elsewhere – including in the ability of rules to do their job to everyone’s satisfaction.

The obstacle to good fiscal governance in the EU is not bad rules but bad policy. In particular, the lack of shared political ownership of economic policy in the member states – despite the conventional obligation to â€œconsider their economic policies as a matter of common interestâ€ – breeds mutual mistrust. The fiscally weaker countries are wary of the motivations of the stronger, who in turn are wary of the ability of the weaker to manage their economy.

However, the policy of new post-pandemic stimulus funds contains signs of hope. Apart from Hungary and Poland, they did not trigger the old suspicions between the weaker and stronger economies. Quite the contrary. This is only the start, but if this process is seen as a success, it will prove that the north and south of Europe can trust each other to pursue common economic goals. It will make more of a difference to tax governance than any technical change.