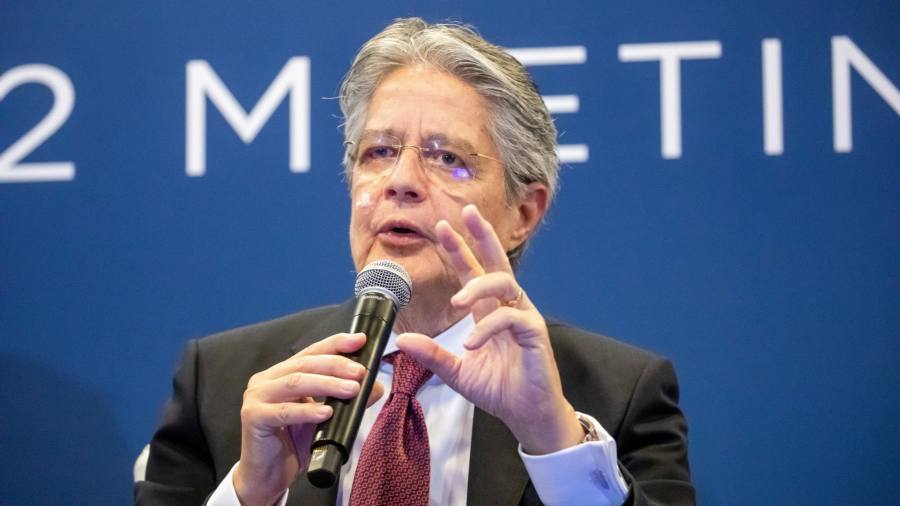 Ecuador announced late Monday that it had reached a debt relief restructuring deal with Chinese banks worth $1.4 billion through 2025, as Beijing increasingly offers bailouts to countries at risk of financial crisis.

The government of center-right President Guillermo Lasso said it had struck deals with the China Development Bank and the Export-Import Bank of China (Eximbank) worth $1.4 billion and $1 billion respectively. $.8 billion. The agreements will extend loan terms and reduce interest rates and amortization.

“As a result of these agreements, the maturities are extended to 2027 for the Development Bank of China and 2032 for Eximbank, allowing cash flow relief to support government priorities,” the Ecuadorian presidency said.

The South American government had been seeking since February to restructure its debt to China, which has been its main financial partner for the past decade, starting with leftist former President Rafael Correa, in office from 2007 to 2017.

But the Chinese funding — totaling about $18 billion in loans since Correa took office — has drawn the attention of Ecuadorian economists to high interest rates and a growing reliance on Asian power.

China has disbursed tens of billions of dollars in emergency loans to countries in recent years in bailouts that have made Beijing a competitor to the Western-led IMF. Pakistan, Sri Lanka and Argentina are three of the top recipients of China’s bailout loans, receiving $32.83 billion since 2017, according to data compiled by AidData, a research lab at the College of William & Mary. in the USA.

Funds freed up by debt restructuring should bring relief to Lasso, who is negotiating with indigenous protest leaders after protesters brought the country to a standstill in June due to rising fuel and food prices. Their demands include increased spending on social programs.

A separate deal announced last week between state oil company Petroecuador and China will bring in $709 million, the company said, while Ecuadorian Finance Minister Pablo Arosemena promised that the money raised from the deal agreement would fund social spending.

“The idea is that part of the oil is released and it is allowed to be sold at market price, which is an additional advantage for the Republic of Ecuador,” he said. “And with these resources, the president can further strengthen social investment.”

Ecuadorian analysts have touted the debt restructuring as a political victory for the Lasso government, which has been weakened by protests as well as its minority status in Congress.

“It’s a positive agreement. There is significant political demand for a more active role of the state and more active public spending,” said Sebastián Hurtado, the founder of Prófitas, a Quito-based political risk consultancy. “The reduction in payments that is achieved is significant from a public finance perspective.”

Ecuador is pursuing a free trade agreement with China, which it hopes to complete by the China-Latin America and Caribbean trade summit in December.

Hurtado, the analyst, said the restructuring deal could be a precursor to a deal. “It’s not easy, but in any case it’s a sign of a good relationship with China.”