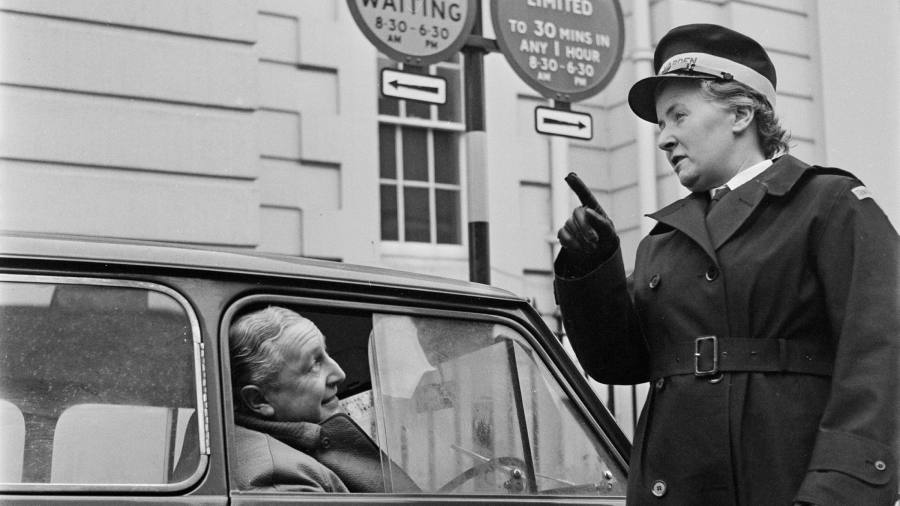 Driven to bend by cashless parking

Last weekend, I asked FT readers to regale me with their experiences navigating the digital parking highway, and I nearly got broke in a rush.

Coin-operated meters are largely a thing of the past due to the general decline in cash (and the cost of processing it), but even machines that accept card and contactless payments are expensive to maintain and maintain.

Cash-strapped local councils are the largest providers of on-street parking. It’s much cheaper for them to completely remove the meters and make a deal with one of the many digital parking apps. But what if the drivers don’t have a smartphone or aren’t “digital natives”?

I was alerted to this issue via a tweet by journalist Pete Paphides. Her 84-year-old father called her from a parking lot in a panic. There was no meter and he didn’t know how to pay through an app. The automated phone service to pay by credit card was equally confusing.

He asked his son to go online in hopes of contacting a human being and avoiding a parking fine. A chance! Sadly, he died soon after, leaving his son to deal with the inevitable letter from a debt collector.

“It kinda breaks my heart how hard we’ve made it for old people to go about their daily lives and how we terrorize them for the crime of not knowing how to download a fucking app,” Paphides tweeted.

The pandemic has accelerated the digital push, with everything from benefit applications to banking appointments and GPs shifting to an ‘online-first’ model. Yet not everyone can keep up with or afford the necessary technology.

Digital exclusion should be a growing concern in the context of the cost of living crisis. Connectivity in rural areas is another issue (try paying for parking if you can’t get a signal), so we still need to provide ‘hybrid’ access to vital services, even if it comes at a cost.

However, FT readers had many other concerns about the digital parking revolution. Of the 200 responses I received, the biggest complaint was the sheer number of parking apps to download.

The fragmented market means many readers need six apps to cover their usual parking spots. One reader had nine (there is another subset of apps for finding electric vehicle charging points and paying for them).

It takes up space on your smartphone. If you haven’t used a particular app for a while, it may be “offloaded to the cloud” or may require an update to be installed. It’s frustrating if you’re in a rush, especially if you suffer from another common online parking nightmare – slow download speeds.

Many readers have missed trains due to technical failures in station car parks. ‘I think they are just a mechanism to impose fines,’ said FT reader Martyn, pissed off after being hit with a £60 fine after struggling to pay.

If there is no real meter, the backup system for automated telephone payments is clumsy. You need to register, enter location codes, credit card numbers and your car registration (if you confuse the letter O with the number zero, expect a fine).

Some older readers have told me that they no longer visit certain parking lots – even certain stores – because they had such difficult experiences. Another said her elderly mother called her every time she wanted to park, adding: ‘I turned into her digital PA. A colleague had to use a parking app while at work to allow her parents to stay in the hospital parking lot.

Of course, parking apps have advantages. Being able to pay with just a few clicks while sitting inside your car is undoubtedly more convenient than queuing in the rain for a machine.

Readers have praised the SMS reminders sent by some operators (“Your parking lot expires in 10 minutes, click here to top up”) because there’s no need to run to your car.

However, a few savvy readers have found that these digital “add-ons” come at a price. “Why are parking apps allowed to charge more than parking meters? asks eagle-eyed FT reader Nigel.

He (and others) say they were charged a ‘convenience fee’ of 20p plus 10p per acknowledgment or text reminder. So a £1 charge on a machine can typically cost £1.40 through an app – even though cashless solutions are supposed to be cheaper. Why?

I asked Peter O’Driscoll, the managing director of RingGo, the UK’s largest cashless parking provider, about it.

Convenience costs are the responsibility of the local council, he says. If they don’t want taxpayers to swallow the cost of RingGo or other digital service providers, they can choose to charge motorists 20p per parking transaction (other apps do this too).

Even so, digital parking apps invariably offer municipalities and parking operators a cheaper solution than the companies that supply parking meters, which is why our streets contain less and less of them: “It’s up to the municipalities, is not something we drive,” says O’Driscoll (no pun intended).

At least RingGo’s 10p SMS alert fee is optional: “For most people that’s worth 10p – better paying that than paying a parking fine,” he adds.

App-based services might be better for the parking lot owner’s bottom line and more convenient for the tech-savvy, but analog alternatives are far more inconvenient for those left behind.

Squint while typing your credit card number on a telephone keypad; queuing at the post office because your bank has closed; wait on hold for ages to talk to a human being. It’s basically saying, “You’re not generating enough profit as a customer for us to care about meeting your needs.”

The only exception to the digital rule is Nationwide, which pledged this week to keep its 625 UK branches open until at least 2024. I’m sure it will win over more cash-rich older customers, but if profits don’t follow, what will happen in 2025 is anyone’s guess.

Assuming they can afford a smartphone, educating our aging population is another avenue. Three years ago, 30% of RingGo customers paid through the “telephone channel”, but that figure has now dropped to 8%.

Converts include O’Driscoll’s own 76-year-old mother. With a little help, she’s mastered the app and finds it much easier than the pay-by-phone service (from what I’ve heard about the latter, it’s no surprise).

But what about downloading so many apps? In the future, if the UK moves towards the “multi-vendor” model common in many European countries, the piecemeal tendering approach could disappear. Local authorities or private operators could instead open up the market by offering several telephone parking solutions in the same territory.

Further into the future, you might not even need an app to park. Your in-vehicle computer system will simply display “Do you want to pay for parking?” when you fire into a space.

It looks like the height of convenience. But maybe you need your kids to explain how it works.

What is good debt and how is it useful?