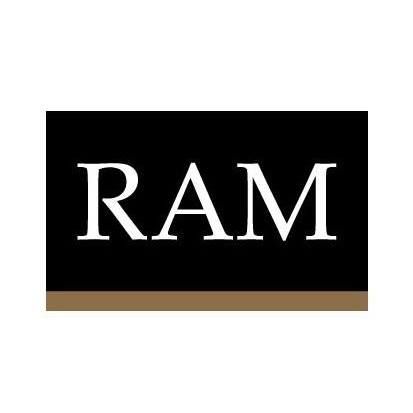 This week, the consumer credit specialist said it would make a general offer for the remaining shares it does not own in RAM Holdings Bhd, which owns RAM Rating Services Bhd, and which is in turn the main local debt rating agency in the country.

CTOS currently holds a 19.23% stake in RAM. On Thursday, CTOS said based on preliminary comments that it could reach more than 51% stake in RAM.

The rationale for the move is clear. In a statement released by CTOS, it says that as one of Asean’s leading financial and data solutions groups, it is well placed to work closely with RAM to develop new scoring solutions. for companies, small and medium-sized enterprises (SMEs) in particular. , so that they can access broader forms of credit and develop their activities.

“This will in turn accelerate RAM’s growth and establish it as the leading rating agency, not only in Malaysia but regionally,” CTOS said in a June 9 statement.

Although Malaysia is a leading corporate debt market, with sukuk offerings often winning records and accolades, issuers have remained largely large corporations. This means that the market for debt via bonds remains largely untapped for small businesses or SMEs, which make up the bulk of businesses in Malaysia and Southeast Asia.

Locally, banking establishments are the main source of financing for SMEs, providing more than 90% of total financing.

The reasons are a few. SMEs generally need less funds and most products on the market seem to be suitable for larger companies.

The other factor is credit issues.

The World Bank, in a September 2020 report on Malaysia’s domestic bond market, notes the trade size bias. It says the outsized portfolios of large institutional investors like the Employees Provident Fund (compared to the size of the domestic market) and the investment limits imposed by their investment mandates have ensured lukewarm interest in small issues of debt.

“This disinterest prompted arrangers to focus on larger issues, giving preference to those above RM250 million, a stark change from the average of RM100 million before the financial crisis,” says the international financial institution.

This situation, according to the World Bank, discourages companies with lower working capital or capital requirements from tapping into the local bond market. The additional liquidity premium demanded by investors can also make it more expensive to issue debt securities.

“In such a context, the large conglomerates could be the only ones to be able to access bond financing. But with governments now struggling to cope with economies overwhelmed by the coronavirus, financing the needs of SMEs through the bond market is an even more urgent need now.

All of this illustrates the opportunities that CTOS and RAM are likely to exploit.

CTOS, which is 30.26% owned by private equity firm Creador through Inodes Ltd, first appeared in RAM in July last year when it acquired 4.6% of CIMB Bank Bhd for RM10.1 million. It was the group’s first acquisition after listing the previous month at an offer price of RM1.10.

From there, the group increased its stake in the rating agency and also made other acquisitions.

Based on an analyst report from April, CTOS’ acquisition of a 17.23% stake in RAM (down from 8.1% at that time) cost it RM25 million, or about 33 times the price to earnings. According to the research firm, this was fair and consistent with other listed global credit rating agencies.

Today CTOS is preparing to acquire a majority stake in RAM beyond the 20% ceiling on individual shareholders.

CTOS began the investment application on April 15, 2021 and said it undertook a “rigorous process” with the Securities Commission (SC) to determine how it could add value to RAM. The SC gave CTOS the go-ahead to hold a majority stake in RAM, while RAM shareholders approved amendments to its constitution to remove the 20% cap on stake in the company at a general meeting on Tuesday. last week.

RAM has 13 shareholders, four of whom hold more than 10% of the capital. Through its unit Oscar Matrix Sdn Bhd, Creador, founded by Brahmal Vasudevan, owns 19.9% ​​of RAM.

A capital market observer says the 20% cap was a “tangible wall” to preserve the independence and sanctity of a rating. By removing this and allowing a listed entity to have a majority stake, will this mean more aggressive marketing in the future to maximize returns, which could lead to unfair competition for the smaller Malaysian Rating Corporation Bhd (MARC), he asks.

Independence is the critical aspect

Suresh Menon, the former executive director of RAM and one of the agency’s founders when it was established in 1990, thinks it doesn’t matter what kind of constitutional limit.

“As far as I’m concerned, it (the 20% individual shareholding limit) shouldn’t be there. The most critical aspect is whether the entity can maintain the independence of the agency,” he told StarBizWeek when contacted.

He says the checks and balances for RAM are very important and his ratings committee must be completely independent.

Suresh recalls that the 20% ceiling did not exist initially. This happened more than two decades later after S&P entered.

“When RAM was created by the Malaysian central bank, it was understood that each shareholder would have a minority stake. The idea was to maintain the distribution of the shareholding as much as possible so that no shareholder could exert influence on the company. But constitutionally, the 20% was never there to begin with,” he notes.

The agency, formerly known as Rating Agency Malaysia Bhd, then had 51 shareholders.

As a credit reference agency, Suresh believes that “CTOS is a good shareholder to own RAM”.

“There are synergies that can be derived. However, if we lift the corporate veil, the ultimate shareholder is Creador, who will be closely watched over how it runs CTOS and in turn RAM,” he says.

He explains that rating agencies are also profit driven and many of them are listed on stock exchanges elsewhere. The most important thing at the end of the day is to preserve its independence and integrity through checks and balances, he adds.

It should be noted that in its press releases, the CTOS stated that it remained committed to maintaining the independence and integrity of RAM, that it would not become involved in any rating-related decisions or in any aspect of operations. CTOS also said it would appoint only one board member for RAM and would not seek to make any changes to the board, leaving the board to make all major financial decisions.

Going forward, it remains to be seen whether further changes in the local debt rating market will follow.

The other credit rating agency that has a 10% stake in MARC is Care Ratings Ltd, while its other 22 shareholders (including insurance companies, brokers and investment banks) hold less than 5%. each.