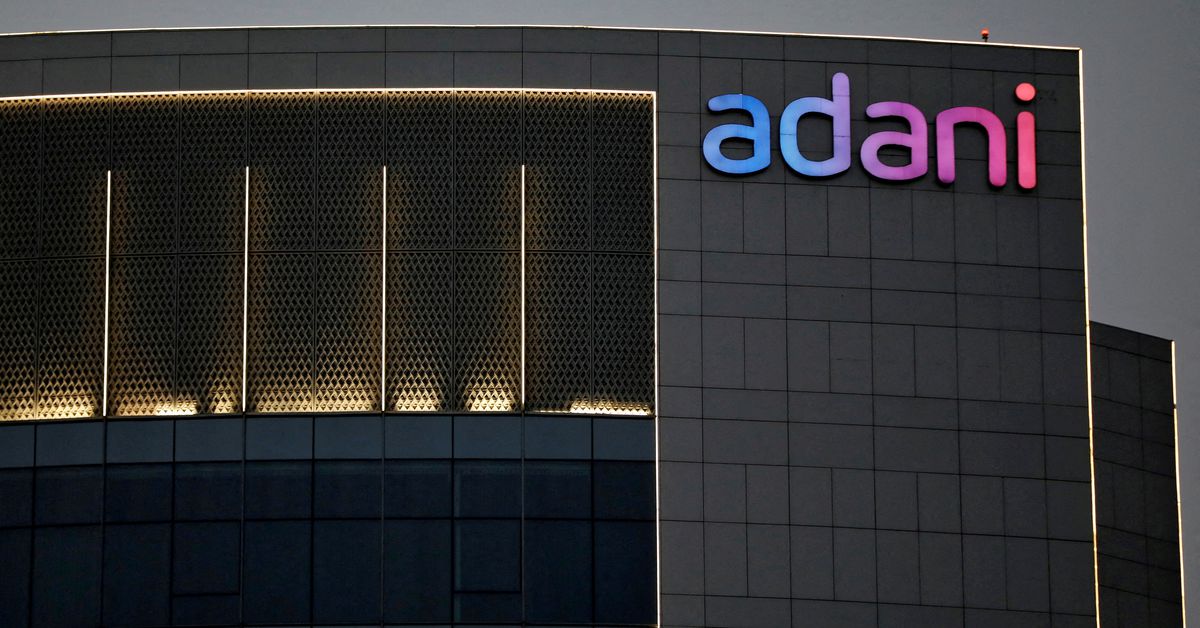 The Adani Group logo is seen on the facade of one of its buildings on the outskirts of Ahmedabad, India April 13, 2021. REUTERS/Amit Dave

NEW DELHI, Sept 8 (Reuters) – CreditSights, part of ratings agency Fitch, said it discovered miscalculations in its recent report on the debt of two electricity and transmission companies controlled by the person India’s richest, Gautam Adani, after a conversation with management.

In a report dated Sept. 7, CreditSights said it spoke with Adani Group’s finance and other officials and reconciled some numbers from Adani Transmission (ADAI.NS) and Adani Power (ADAN.NS).

“(Adani’s) management believes that the group’s leverage is at manageable levels and that its expansion plans have not been primarily debt funded,” CreditSights said. Read more

But CreditSights said on Thursday it was still concerned about the Adani Group’s overall level of debt.

For the Adani Group as a whole, “we are maintaining our original financial calculations and credit ratios, which leads us to remain concerned about the Adani Group’s leverage,” CreditSights said in an email to Reuters.

The Adani Group said on Thursday that its companies’ debt ratios “continue to be healthy and are in line with industry benchmarks for the respective sectors.” Adani also said that over the past decade the group has worked to improve its “debt metrics through our capital management strategy.”

Shares of Adani Transmission and Adani Power closed down around 1% each on Thursday, while five other companies in the group ended lower in a generally positive Mumbai market.

He did not give the period for the estimates.