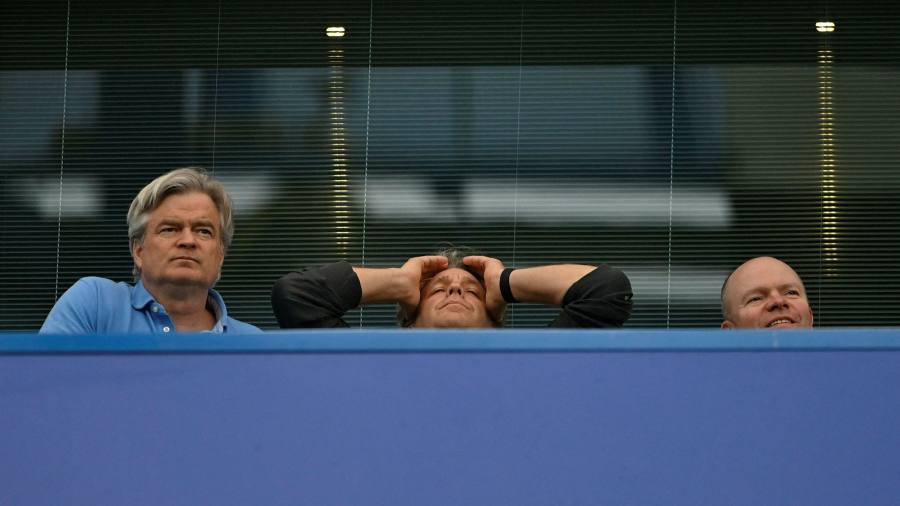 Clearlake, the US takeover firm behind Chelsea’s bid

When private equity giant Carlyle Group was working to buy debt manager CBAM earlier this year, it was locked in a bidding war with an unheralded US takeover firm named Clearlake Capital. Although Clearlake balked at the $787 million price, letting Carlyle win the auction, it led to a much larger prize.

During the negotiations, the two billionaire co-founders of Clearlake, José E. Feliciano and Behdad Eghbali, approached Todd Boehly, the founder of Eldridge Industries, which owns CBAM and many other companies, including a stake in the team. Los Angeles Dodgers baseball.

On Friday, Boehly and Clearlake agreed to buy Chelsea FC for more than £4.25billion, winning in a hard-fought battle for one of sport’s biggest deals of all time.

Clearlake is funding the buyout from its private equity funds, an unusual move that will put a significant portion of the football club into a limited life structure, although they could add other financial partners.

For Clearlake, Chelsea is the most significant deal in what has been one of the takeover industry’s lesser-known success stories. The Santa Monica, Calif.-based company manages more than $75 billion in assets and has acquired $25 billion in new assets in the past year, including a new $14 billion flagship buyout fund. dollars.

“Clearlake continued to be one of the top performers in our private markets portfolios,” said Connecticut State Treasurer Shawn Wooden, which has invested more than $500 million in the company.

Flagship funds that Clearlake raised between 2013 and 2018 generated net returns of between 34% and 56%, according to public pension fund statements, putting them in the top quartile of the industry. The $12.6 billion Clearlake invested in its first six flagship buyout funds was worth more than $27 billion as of mid-2021, according to public research released by Connecticut.

Founded in 2006, Clearlake is one of the most active buyers of midsize companies in the United States. It targets specialized but highly profitable companies in the consumer goods, industrials and technology sectors which it develops through debt-financed acquisitions. It also employs outside operational experts to advise on strategies to increase profits.

It has made more than 100 acquisitions since the start of 2020, including half a dozen buyouts of publicly traded companies, according to Refinitiv data.

Clearlake finances about two-thirds of the purchase price of its buyouts using debt, say bankers who have worked with the company.

Its 2014 acquisition of telecom services company ConvergeOne for less than $100 million was augmented by a handful of acquisitions before the company went public and was sold to buyout firm CVC Capital Partners for $1. $8 billion. The deal boosted Clearlake tenfold, after racking up more than $700 million in debt the company took on to make acquisitions.

Clearlake’s most successful deal was its $180 million spinoff from healthcare software company Provation from conglomerate Wolters Kluwer in 2018. After completing four acquisitions, Clearlake sold the company to Fortive last December for $1.43 billion. Because Clearlake financed her purchase using debt, she earned more than 20 times her money.

Feliciano and Eghbali met in the mid-2000s while working to save two investments. At the time, Feliciano worked for troubled debt investor Tennenbaum Capital, while Eghbali handled takeovers at TPG. Although the deals don’t amount to much, the two bonded.

Feliciano, a native of Bayamón, Puerto Rico, came to the United States in 1990 to study engineering at Princeton, having never visited the campus or spent much time in the United States. Eghbali’s family moved to California from Iran in 1986 and he studied business at the University of California, Berkeley.

In 2006, the two formed Clearlake with a strategy of switching between buyouts and distressed investments based on economic conditions. They raised capital early on by tapping into “emerging manager” programs in endowments and pensions, but struggled to meet a fundraising goal of $500 million.

The tenure allowed Feliciano and Eghbali to move from buyouts to struggling investments during the 2008 crisis. When the recovery took hold, they backed off. Clearlake’s inaugural fund generated a net return of 15%.

Not all deals are winners. Clearlake had a 9% loss rate on his fund during the crisis, according to pension documents, and struggled with some energy-exposed investments.

Feliciano typically focuses on industrial and consumer transactions, while Eghbali handles software and technology. The two negotiators are working non-stop, a confidant said.

Recently, Clearlake has become Wall Street’s biggest user of “GP-led secondary markets,” a new technique that is a booming market in private equity. In these transactions, Clearlake will find a private equity firm to buy a large portion of one of its existing investments and offer investors a chance to sell at the new valuation, or transfer their stake to a new fund that will hold the investment for about four years. more years.

He discovered the technique during the pandemic, selling a piece of software company Ivanti to TA Associates in August 2020 at a $2 billion valuation that generated a great windfall. Many investors chose to roll their holdings instead. A year ago, a third buyout firm, Charlesbank Capital, invested in Ivanti at twice its 2020 valuation.

“Their team is really good at unlocking that hidden value quickly, and once they do, they’re really good at monetizing that early gain in creative and innovative ways,” said Ian Charles, a confidant who founded Arctos, an alternative investment company.

“This guarantees a gain for the legacy fund but allows the manager to retain exposure to the growth of an attractive investment,” added a transaction banker. “For a company in growth mode, it also gives Clearlake the ability to retain assets under management,” said another.

Clearlake has entered into five continuation agreements, raising $8.5 billion in assets and completing more than $10 billion in investments over the past two years.

Takeovers aside, the two billionaires are known as some of the biggest backers of new minority-run investment companies with their own money. They have funded and mentored nearly 100 companies, including through a more than $50 million effort called the Supercharged Initiative, led by Feliciano and his wife Kwanza Jones.

“When you look back five or 10 years from now, you’re going to see spin-off growth from various investment managers started with José and Kwanza,” said Adam Demuyakor of Wilshire Lane Capital, which they backed. “There’s almost a generational tree that grew out of their efforts.”

Feliciano and Eghbali have set their sights on selling the Denver Broncos of the National Football League, a potentially bigger deal than Chelsea and one they are bidding on with their own money.

The two are sitting on a prized asset, their combined 80% ownership of Clearlake. In 2018, they sold a stake in the company to investors for a valuation of $4 billion and used the proceeds to invest hundreds of millions of dollars in Clearlake funds. The company’s value has since skyrocketed and Forbes values ​​the two billionaires at $3 billion each.

The bankers have offered to take Clearlake public, an option the company is considering but has not made a decision.

“Wouldn’t this be the next tool in terms of value creation? If anyone should do it, it would be someone like Clearlake,” said one banker.

With additional reporting by Sam Agini and Kaye Wiggins in London