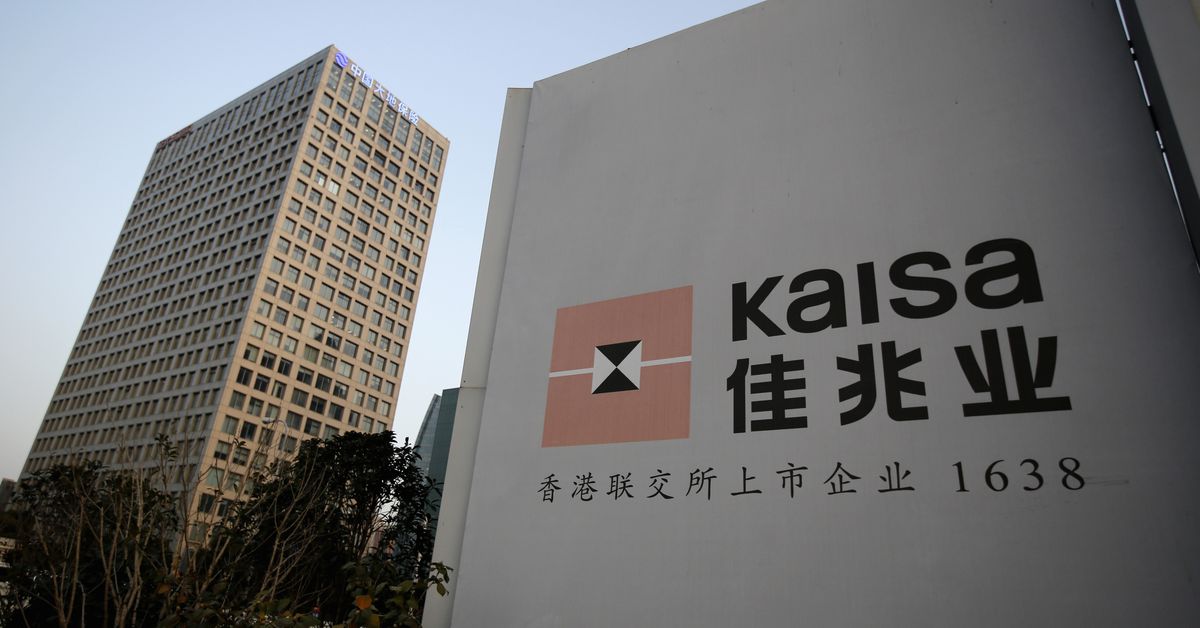 A construction site for Chinese real estate developer Kaisa Group is seen in a downtown area of ​​Shanghai on February 17, 2015. REUTERS / Carlos Barria

HONG KONG, Oct.28 (Reuters) – Chinese developers suffered a beating Thursday, with stocks and bonds falling, creditors seizing assets and rating agencies distributing more downgrades, ahead of the final payment deadline of the debt of the China Evergrande group on Friday.

Shares of Kaisa Group (1638.HK) were the hardest hit, losing nearly a fifth of their value on Thursday after rating downgrades that highlighted the company’s limited access to the market. financing and its significant obligations in US dollars.

Shares of China Evergrande Group (3333.HK), whose shortage of liquidity against more than $ 300 billion in commitments sparked global concerns it could trigger systemic risks, fell more than 5%. Evergrande faces a final deadline Friday for a coupon payment of $ 47.5 million that was due to be paid on September 29.

Failure to pay that interest, less than a week after securing $ 83.5 million for a last minute payment on an earlier coupon, would tip the company into formal default and trigger cross defaults on all of its bonds. over $ 19 billion. in international capital markets.

“The severe tightening of access to finance from Chinese developers has reduced liquidity for the sector, creating a negative credit loop. Financially weak companies have cut spending on land and construction to preserve liquidity for the service of the sector. debt, while sales have declined, ”said Kaven Tsang, a senior vice president at Moody’s Investors Service.

“At the same time, the tight bank control over cash at the project level for a few financially weak developers limited their ability to manage their cash flow and caused them to default. “

Adding to indications of wider stress in the industry, developer Oceanwide Holdings Co Ltd (000046.SZ) said on Thursday that holders of corporate debt issued by two of its offshore units have taken possession of the collateral from the debt after the units have failed to repay the maturing notes.

Yango Group Co (000671.SZ), which has more than $ 14 billion in dollar bonds outstanding, became the latest developer to be hit by a credit rating downgrade on Thursday, as Fitch downgraded to “B-” because of its weakened access to finance. and increasing liquidity pressure.

On Wednesday, S&P Global and Fitch Ratings both raised concerns about Kaisa’s indebtedness as they downgraded the company’s rating to “CCC +”.

Fitch noted that not all of the cash on Kaisa’s balance sheet would necessarily be available for debt service “given the high minority interests and project commitments.”

Kaisa attended a meeting on Tuesday with seven other developers, the Chinese state planner and the currency regulator, in which attendees sought to contain the fallout from Evergrande.

Some developers have proposed extending the maturities of offshore bonds and undertaking debt restructuring. Read more

Refinitiv data showed Kaisa has 19 dollar bonds outstanding worth over $ 12 billion, with a $ 400 million bond maturing in December. Bonds worth an additional $ 3 billion will mature in 2022, in addition to interest payments of around $ 1 billion, Fitch said.

Financial expert shares tips to save $ 94,000 on your mortgage