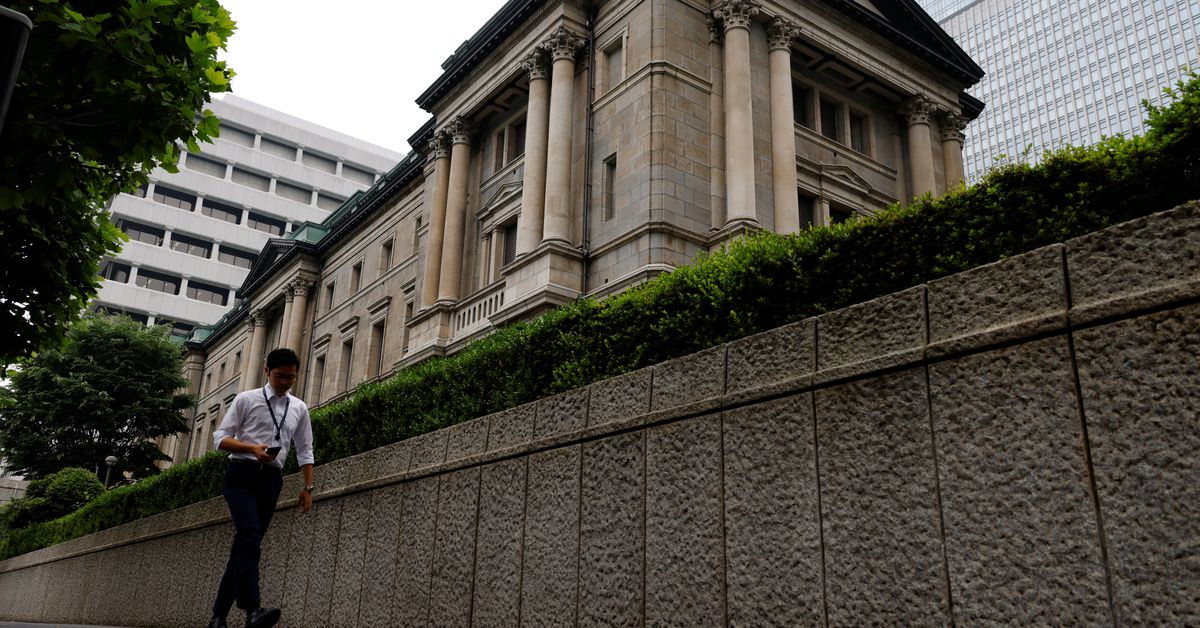 TOKYO, Oct 20 (Reuters) – The Bank of Japan carried out emergency bond buying operations on Thursday, extending its efforts to put a floor under bond prices as the yen nears a 32-year low against the dollar.

The BOJ has offered to buy some 250 billion yen ($1.67 billion) of government bonds with maturities ranging from 5 to over 25 years. But its effect was limited as yields continued to rise, sending 5- and 20-year bond yields to their highest levels since 2015.

“The upward pressure on yields is so strong that the BOJ buying bonds with this amount will not prevent yields from rising,” said Masayuki Koguchi, managing director of the investment division at Fixed Income from Mitsubishi UFJ Kokusai Asset Management.

“Demand for bonds is weak as investors’ portfolios have been hit by rising yields, so they are not motivated to buy bonds. The market is in a vicious circle.”

The BOJ remains an exception among a global wave of central banks tightening monetary policy to fight soaring inflation, as it focuses on supporting a fragile economy.

The growing divergence between US and Japanese policies and the difference in yields have led to sharp declines in the yen against the dollar this year.

The BOJ’s move came as the yen faltered at the breakout of 150 to the dollar, a level that would mark a 32-year low and was seen as psychologically important for market participants.

“A weak yen would raise prices (inflation) in Japan, which is another cause for bond selling,” Koguchi said.

But the central bank has so far shown no signs of changing course. Policymakers in the world’s third-largest economy have repeatedly stressed the need to maintain ultra-loose policy, citing a fragile recovery, weak domestic demand and numerous risks abroad.

Yields continued to rise even as the central bank surprised the market last month by increasing its regular bond purchases for the current quarter.

Thursday’s decision showed the BOJ continued its bond purchases and its long-standing policy of “yield curve control” (YCC), in which it keeps the yield on 10-year debt at around 0%. .

Most strategists expect the Bank of Japan to keep its ultra-low policy unchanged at next week’s policy meeting, but some say it will have to abandon its YCC policy.

The yield on the benchmark JGB 10-year index briefly touched 0.255% for the second day in a row, above the BOJ’s policy ceiling, before falling back to 0.25%, within the range.