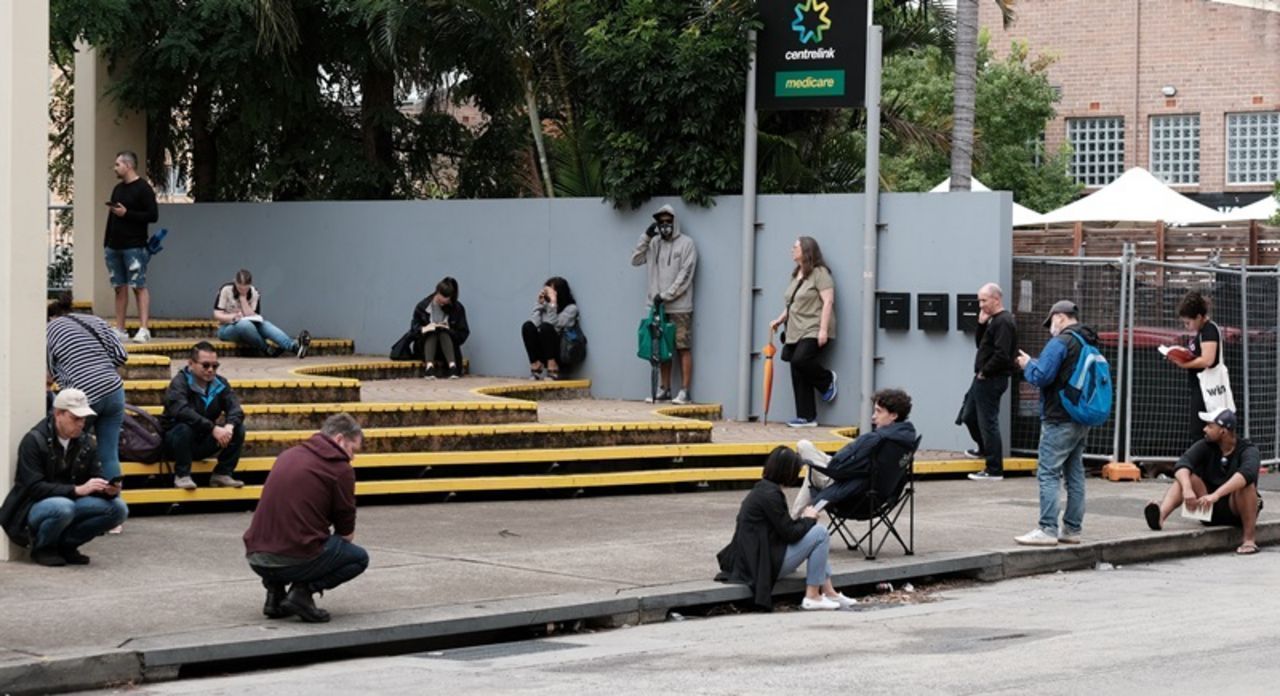 The report showed that Revenue NSW, the state government’s debt collection agency, is issuing ‘large volumes’ of garnishment orders ‘to the big four banks in particular’. An automated system from Revenue NSW sends an overnight list of people deemed to have defaulted on fines, directing banks to identify the accounts held by those people and transfer funds to settle the debts.

According to the report, many families and individuals were left with “zero balances in their accounts.” Among those targeted “were welfare recipients, whose bank accounts held the funds they received from Centrelink as their sole source of income”.

In a case reported by the Sydney Morning Herald (SMH) last year, a young pregnant mother had her account frozen while the bank complied with a garnishment order from Revenue NSW. SMH said: ‘The woman, who had two young children and lived in a rural area, lost access to her only source of income from Centrelink and found herself unable to pay rent, buy food or go home until her next payment from Centrelink. ”

the Guardian reports on another case in which a woman on disability pension, who had only recently obtained social housing, had all the money in her account cleared by the automated debt collection system. The woman had been the victim of a crime and received payment from Victim Services, but less than two weeks after the money was deposited into her account, it was automatically withdrawn to pay a fine.

Revenue NSW is not obliged to provide notice to a person subject to a garnishment order before or after it is enforced. In other words, a person will only become aware that he has been the subject of a debt collection operation when he realizes that there are funds missing from his bank account.

In August 2016, following a wave of complaints, Revenue NSW introduced a ‘minimum protected amount’ which meant that banks could not be ordered to seize funds to repay debts below 536, $90.

These changes did little to prevent vulnerable people’s bank accounts from being depleted and complaints continued to pour in.

In September 2018, Revenue NSW introduced a new algorithm to exclude “vulnerable people” from debt collection orders. This was not motivated by concern for the well-being of these individuals, but by the recognition that “success rates for collections were lower” and that the administrative costs of processing claims exceeded the revenue collected.

When the ombudsman questioned the legality of the fully automated process, Revenue NSW added a manual step to the process to keep the lucrative operation going. In fact, this extra step amounts to little more than a rubber stamp. Before agendas are sent to banks, a staff member is presented with a series of system-generated green or red “traffic lights”. If all the lights are green, the list is transmitted to the banks without question. The only human intervention is to review the files marked in red to determine if they should be forwarded to the banks.

The legal opinion obtained by the Ombudsman revealed that the legality of the automated system remains questionable despite these minor changes, but the system is still in place.

The reality is that the impact of automation is simply to make more ruthless and efficient a process that is endorsed by all major political parties and the entire capitalist establishment. In order to transfer an ever increasing share of wealth to the financial elite, increasing sums must be extracted from the working class.

The Revenue NSW setup has been dubbed “Robodebt 2.0” on social media. Through the so-called ‘Robodebt’ system, around $660 million was taken from former and current Centrelink welfare recipients. The federal government’s “revenue compliance” measures seized $3.36 billion in 2018-19.

Robodebt 2.0, the “data matching” and “averaging” debt collection system was imposed in 2011 by the Green-backed Gillard Labor government. Bill Shorten, then assistant treasurer, said he would see “more people being referred to the tax garnishment process”, to “collect more unpaid debts”.

A 2018 University of Wollongong research paper titled “The Hidden Punitiveness of Fines” noted that courts “frequently impose fines on offenders who already have unpaid fines that they cannot pay.”

The research paper explains that “enforcement has necessarily taken on increasing importance” as fines have reached “massive levels”. In New South Wales in 2015-16, the total value of penalty notices issued by agencies…was almost half a billion dollars.

In other words, the vast majority of people targeted by the automated debt collection system did not have the ability to pay. This reflects the immense financial stress faced by a growing number of workers and young people.

While the fully automated system only applies to the collection of unpaid fines, other debts may also be collected by the state agency through garnishment orders issued to banks.

A new Government Debt Collection Bill was introduced in 2018, expanding the range of debts subject to collection orders.

Williams added that the legislation was intended to secure “additional debt of $85.5 million … within four years and $45.5 to $97.5 million each year thereafter.”

When the act began, Laura Bianchi, a lawyer at the Redfern Legal Centre, said she was “particularly concerned about the wide range of ‘referable debts'” covered by the legislation, “particularly because they appear to be s ‘extend to social housing debts’.

Bianchi said state agencies were previously required to get a judgment from a court before they could collect a debt, but “now Revenue NSW can just send a notice to a person’s last known address, and if the debt remains unpaid after the due date, debt collection action will begin. This may include taking money from a person’s bank account, seizing property, and pledging debt. ‘a terrain.

Growing segments of the population face increasing levels of private debt and financial insecurity, in part due to the normalization of casual precarious employment. For many workers, who are already struggling to pay their rent, utility and food bills, incurring a fine or debt can be catastrophic.

The intensification of debt collection reveals how far the Australian ruling elite and its political representatives are willing to go to recover as much wealth as possible from the most disadvantaged sections of the population.

This is not an aberration, but a defining characteristic of the capitalist system. The alternative is the struggle to establish socialism, in which society will be reorganized to meet the needs of everyone, including the most vulnerable.

The working class must have a political voice, which the Australian ruling class seeks to stifle with this legislation.