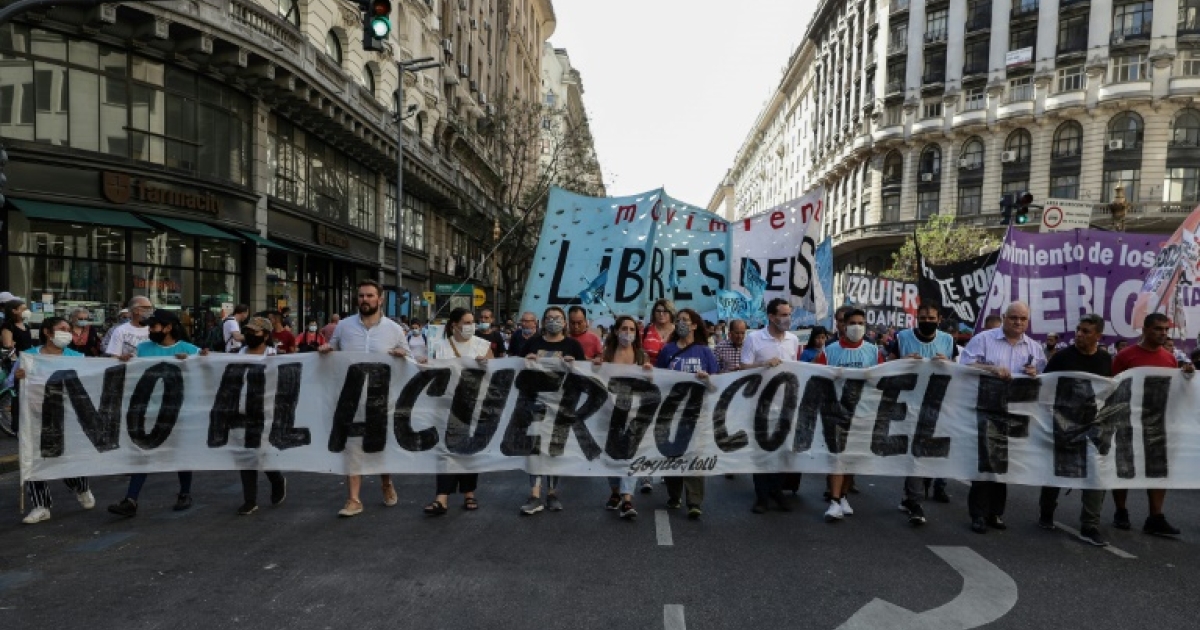 BUENOS AIRES – Argentina has a long-standing rocky relationship with the International Monetary Fund, which many in the country take a dim view, even though it has provided a credit lifeline after decades of what experts say describe it as “very poor management of public finances”.

Twenty years after an economic, political and social crisis that shook the country – and was felt throughout the world – Argentina is now going through a tense financial period, having never fully regained the confidence of the world markets.

With four in ten Argentines still living in poverty, the country is keen to avoid a repeat of the 2001 debacle.

Argentina is struggling to refinance its latest loan – contracted with the agency in 2018 – amid an economic recession, with annual inflation exceeding 50% and depleted monetary reserves.

The country has gone to the IMF 21 times since joining in 1956, “the new program supposed to be under negotiation (to restructure a $ 44 billion credit) will therefore be the 22nd in 65 years,” said Arturo Porzecanski, researcher. with the Center for Latin American and Latino Studies at American University in Washington.

“It’s like saying that a bar owner has had to call the fire department 22 times in the past 65 years,” he said.

“Rather than controlling its own general indebtedness, Argentina has for years borrowed excessively at home and abroad,” said Mark Sobel, US president of the Official Forum of Monetary and Financial Institutions (OMFIF).

“The central bank is forced to finance deficits, which generates inflation and public mistrust of the government and the currency.”

“Unable to pay its external debt, Argentina is a serial defaulter,” he added.

Experts agree that blaming the IMF for Argentina’s financial problems would be a mistake.

“The cost, terms and amount of any new program that the IMF approves for Argentina will be much more favorable than what the government could hope to obtain from financial markets or other multilateral entities,” Porzecanski said.

After all, the Fund’s interest rates are low.

“Now it is 2% and in the case of high debt it could be as high as 4% but keep in mind that the interest rate Argentina could borrow in the market maybe by 15%, “said Claudio Loser, former director of the IMF. for the Americas and CEO of the consulting firm Centennial Group in Latin America.

Resentment against the financial agency is widespread among Argentina’s 45 million residents, including President Alberto Fernandez, who has asked for more time to repay the debt.

“Although the IMF has saved Argentina on several occasions, it is a villain for many Argentines,” said Benjamin Gedan, deputy director of the Latin American program at the Wilson Center in Washington, who said the agency is blamed “for imposing painful budget cuts and precipitating the economic collapse of 2001.

Last weekend thousands of demonstrators chanted “Out with the IMF!” in the streets of Buenos Aires.

“The Argentines are still focused on the Fund and blame it for Argentina’s problems,” Sobel said. “But the decades and decades of bad economic policy for Argentina were made in Buenos Aires, not Washington DC.”

Axis Bank offers to raise up to 5,000 crore by issuing bonds