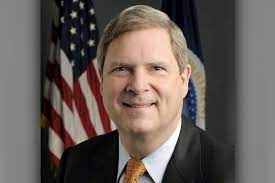 NASHVILLE, Tenn. (TN Tribune) – This year marks the 25th anniversary of the Pigford vs. Glickman racial discrimination class action lawsuit filed by black farmers against the United States Department of Agriculture (USDA) for decades of anti-black racism in the provision of loans, grants, disaster relief and more benefits of the program.

Despite their constant efforts to organize, black farmers have still not obtained justice for the ongoing institutional discrimination within the USDA.

Due to the disastrous implementation of the Pigford trial, most black farmers were left with ineligible debts, farm seizures and no legal recourse to save their family farms. Only 4% of the $1 billion settlement was spent on debt cancellation.

Moreover, the Pigford the lawsuit did not uproot institutional discrimination within the USDA. Consequently, anti-black racism persists within the USDA, county offices of the Farm Service Agency (FSA), Office of Civil Rights, and the county committee system. For 25 years, thousands of black farmers have been seized or forced to take out loans from private banks to pay off their USDA debts. The USDA also offset tax refunds, Social Security, disability, and grants from black farmers to cover this immoral debt. Over the years, aging black farmers have delayed foreclosures by filing pro se lawsuits in federal court.

Our coalition provided President Joe Biden with two formidable policy recommendations to ease the economic suffering of black farmers in his first 100 days in office: debt forgiveness for socially disadvantaged farmers and a moratorium on USDA foreclosures. .

Unfortunately, similar to Pigford trial the implementation of the debt cancellation program was poorly implemented by Secretary Thomas Vilsack. The American Rescue Plan Act, signed into law in March 2021 by President Joe Biden, provided debt cancellation and a $1 billion fund for outreach and other technical assistance services for farmers of color. Significantly, Section 1006 also included a provision for direct payments to farmers who had experienced USDA discrimination, including farmers who had to pay the USDA via private bank loans to retain the ownership of their multi-generational family farms.

A month after the passage of the American Rescue Plan Act, our coalition, supported by more than a hundred signatories, submitted a letter to Vilsack’s secretary urging the speedy implementation of the debt cancellation provisions of $5 billion and related law enforcement services to alleviate the economic crisis. devastation caused by the COVID pandemic and exacerbated by decades of systemic racial discrimination by the USDA against black farmers and other farmers of color.

White farmers filed numerous lawsuits in federal court challenging the Socially Disadvantaged Farmers Debt Cancellation Program, which ultimately resulted in the debt cancellation program being stopped. Following Secretary Vilsack’s inaction for over 100 days, justice has again been delayed for black farmers. During this same period, Secretary Vilsack has provided billions of dollars in funding to various entities, including the lumber and meat industries through the Commodity Credit Corporation (CCC) fund, and nonprofits. through cooperation agreements, while continuing its inaction in the face of the relentless economic crisis. suffering of black farmers.

One of Secretary Vilsack’s most egregious decisions was to fund 20 nonprofits for $75 million under American Rescue Plan Act cooperative agreements, ranging from $2 million to $10 million. , without oversight, accountability or transparency. Many of these nonprofits have received numerous cooperative agreements from the USDA since 2021. Notably, none of the nonprofits that signed our Coalition’s letter in April 2021 have received funding; thus creating a cloud of cronyism and political retaliation over the management of the $1 billion Fund.

Although planting season is fast approaching, Secretary Vilsack has still refused to distribute the $750 million in direct payments to farmers who have been discriminated against by the USDA. Secretary Vilsack’s recent obstructionism further confirms his abysmal civil rights record. There’s a saying in the black community, “when someone shows you who they are, believe them the first time.”

During his 8-year tenure, the black farming community witnessed Secretary Vilsack’s weak commitment to racial equity and open hostility to restoring black farmers through the resolution of their discrimination complaints. .

The black farming community vehemently opposed Secretary Vilsack’s third term as Secretary of Agriculture. In an open letter to President-elect Joe Biden published in The Washington Post on December 30, 2020, Lloyd Wright, former director of the USDA Civil Rights Office, opined that Secretary Vilsack should have been disqualified in 2008 due to the fact that when he left the governor’s office in Iowa, he left a class action lawsuit brought by more than 5,000 African-American plaintiffs alleging discriminatory hiring and promotion practices while he was governor.

Mr. Wright further documented Secretary Vilsack’s continued pattern and practice of systemic discrimination as Secretary of Agriculture through his refusal to address complaints of discrimination by black farmers during his 8-year tenure.

The Office of the Inspector General’s September 2021 Audit Report on USDA Civil Rights Complaint Oversight is the latest incriminating report on the malfunctions and failures of the Office of Civil Rights.

The report found that the Civil Rights Office failed to address civil rights complaints in a timely manner. Specifically, in fiscal year 2019, the Civil Rights Office took an average of 799 days to process complaints compared to the standard of 180 days. The report was heavily redacted “due to concerns about the risk of circumvention of the law.” To date, our numerous requests to receive an unredacted copy of the report have been ignored.

During his eight-year tenure, Secretary Vilsack seized black farmers who should have had their debt forgiven by the Pigford trial. One of the most egregious cases was that of Dorothy and Eddie Wise, black farmers from Whitakers, North Carolina. On January 20, 2016, the Elders were forcibly evicted from their farm by federal marshals in full military gear as part of a foreclosure action related to the Pigford trial debacle. Due to the trauma of violent dispossession of their family farm, Dorothy Wise died within a year.

Secretary Vilsack also placed debt offsets on black farmers’ Social Security and disability checks in cases where those checks were the only income to feed their families. To illustrate, Rod Bradshaw, a black farmer from Jetmore, Kansas, revealed that the USDA had wrongfully taken more than $186,000 in debt set-off since the Pigford trial debacle. Currently, racial disparities in debt settlements are being investigated by the Harvard Law School Food Law and Policy Clinic and the Center for Public Integrity.

Additionally, Secretary Vilsack has made numerous assertions about civil rights at the USDA that have been proven false by the 2-year investigation, “How the USDA distorted data to cover up decades of discrimination against black farmers” by Nathan Rosenberg and Bryce Wilson Stucki. The investigation found that the USDA promoted misleading data to portray a fictional black farming revival that falsely inflated the agency’s civil rights record and ultimately cost land and money to black farmers.

Most recently, Secretary Vilsack did not fire any of the loan officers in Georgia who accelerated loans and issued foreclosure notices against black farmers in violation of President Biden’s existing USDA foreclosure moratorium.

In another blatant act of arrogance and contempt for the restoration of black farmers, Secretary Vilsack refused to respond to the congressional inquiry of U.S. Senator Raphael Warnock as a member of the U.S. Senate Agriculture Committee regarding the allocation of the $1 billion fund provided under the US Bailout Act.

For these reasons, we demand the resignation of Secretary Thomas Vilsack.